News
NEWS
Some container ships have begun to enter


Some centralized analysts said that on some key routes in China-the United States and Europe, the time-period freight of the container has actually fallen to the level below the profit and loss balance line of the shipping company. Analysts said the company's profits were facing severe pressure.

According to his statement, it may be necessary to wait for the six months of freight to rise to return to the level of profit and loss balance line, which may lead to a price war between collecting companies.

In addition, the British Shipping Consulting Corporation Deluli said in the latest "Container Shipping Market Forecast" that because the shipping company did not actively control the capacity of capacity, but returned to the old road to grab the goods through the price reduction, so that they could make them make them, so that they could make them make them and make them make them. Lost the control of the market. Druori further explained that because the shrinkage of freight demand is faster than most people's expectations, although the shipping company has taken some measures to solve the problem of overcapacity, these measures are too small and too late. Therefore, the shipping company has lost the opportunity to control the freight rate through capacity and instead to maintain the capacity through price competition.

Peter Sand said that we expect the container freight in the next six months will be lower than the "Break-Even Levels" of the profit and loss balance line. "

He also said that the targeted freight level of losses may trigger a price war between container liner companies.

"Will we see a price war? This is not impossible," he said.

Especially on export routes from China to the west coast of the United States and Europe, the current freight rate has fallen to the level that cannot be paid by the cost of the carrier.

PETER said that on January 6, the current period of the 40 -foot container (Feu) from the Far East to the West Coast of the United States has dropped to $ 1,647. One year ago, the freight of the same route was nearly $ 10,000. 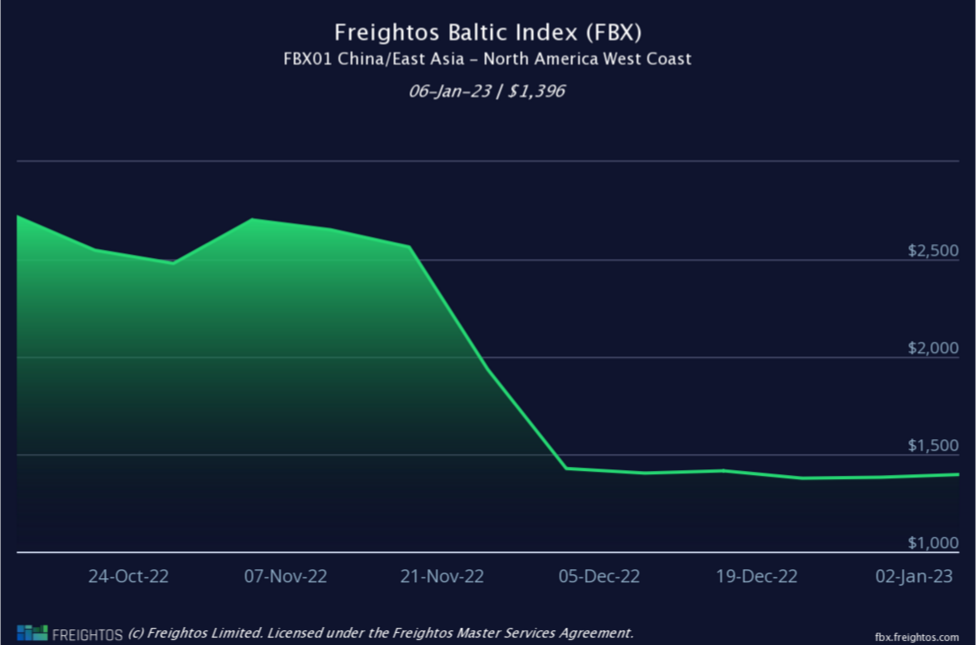 According to the latest weekly report (12th) provided by FreightOS for the Nivision Maritime Network, although the Asian-US West Coast container freight weekly average freight (FBX01 Weekly) has increased by 1%, it is only $ 1396/Feu. The level of freight rates decreased by 90%over the same period last year.

FreightOS data also shows that the Asian-Nordic routes have fallen by 1%to $ 2712/Feu, which is 81%lower than the same period last year.

It is worth mentioning that Frichtos said that despite the decline in shipping and the shipping price decreased significantly, the freight rate in Asia-Nordic is still more than 25%higher than in the early 2020, which may indicate that the suspension of the centralized company may slow down this. The freight rate of the route decreases. 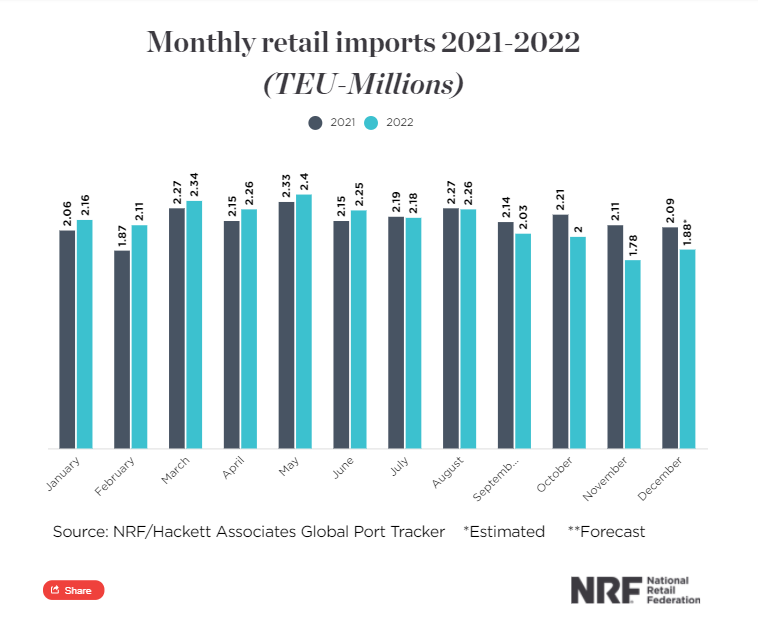 The good news is that the NRF predicts that the import volume of containers in the US market will be restored from the second half of 2023. This is also one of the main reasons for the above Peter Sand.

Peter Sand further stated that the contract price will inevitably face decline after the current freight rate is facing pressure.

He emphasized that the financial status of collecting companies throughout 2023 will be seriously affected by the contract price of this year.

It believes that although the revenue of long -term contracts is more stable than the current freight rate, the carrier can no longer stop the contract price of the contract from following the current shipping price decline.

"We see many of our customers still agree to the contract of the current market, but the level signed is only half of four months ago. The gradual adjustment of long -term contracts is inevitable," Peter Sand said.

Although the container freight and contract freight rates are falling, Peter Sand is expected that most collective shipping companies can still bear the downturn in the current market, especially those shipping companies that still have a large part of the long -term freight contracts. Essence

Previous：A fire broke out in a port warehouse in Spain, and about 80 ships were burned!
Next：The number of air navigation surged! Cancellation of voyage before the Spring Festival is the top se