In order to optimize the capacity and reduce the cost of crossing the canal, more and more large container ships have changed the route, bypass the Suez Canal and the Panama Canal, and return to Asia from Europe and the United States through the way of voyage. 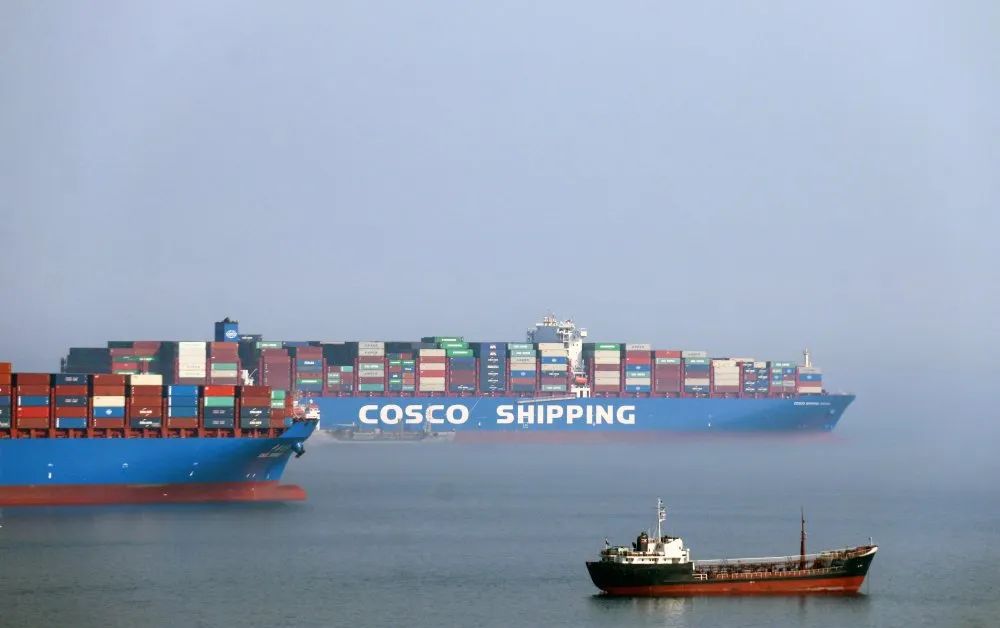 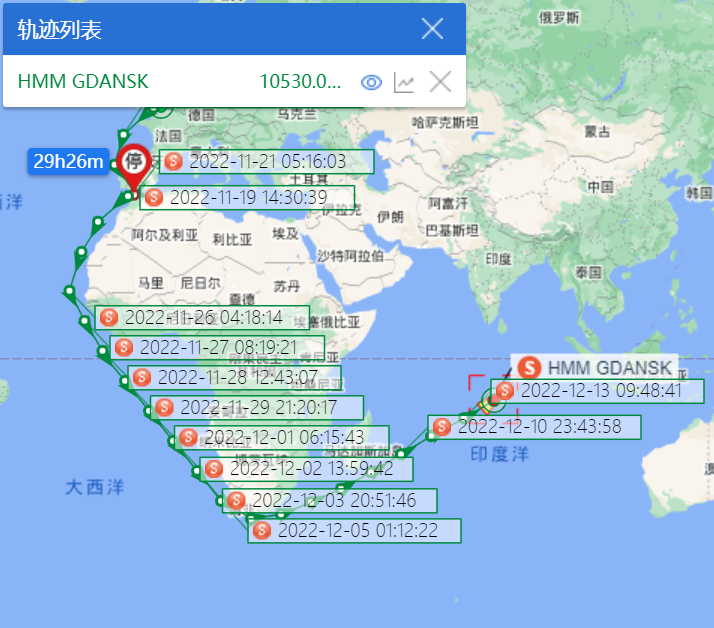 According to the latest data provided by the shipping consulting company AlphaLiner for the Nivision Maritime Network, there have been more large -scale container ships on the European Asian routes in recent times to choose to return to Asia by voyage.

These ships are super large container ships of 20000TEU and above.

The ship AIS trajectory information provided by the Shipwell Network for the Scenery Network shows that the 19870TEU's Al NEFUD wheel has sailed to the waters near the Gulf of Africa.

The HMM Helsinki wheel of 23964teu has also begun south of the African continent. 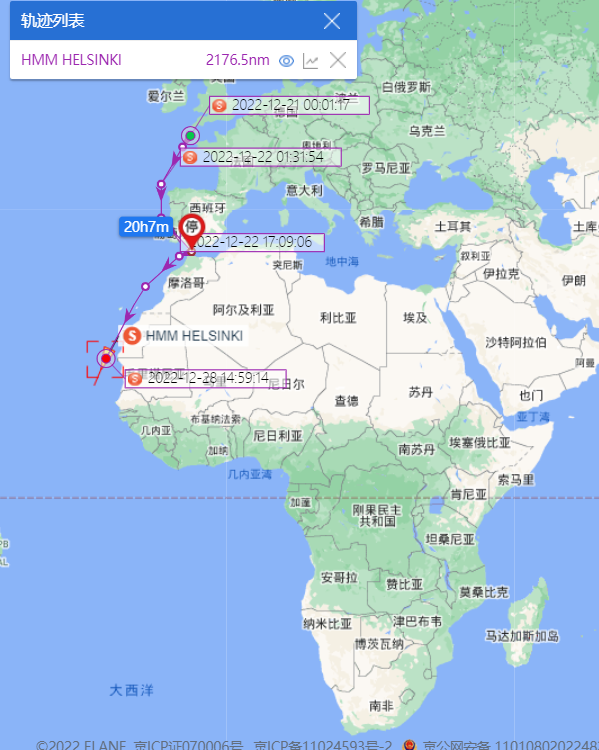 The current world's largest container ship, the world's first Ever Alot wheel with more than 24000teu is following the HMM Helsinki wheel to go south along the African continent. 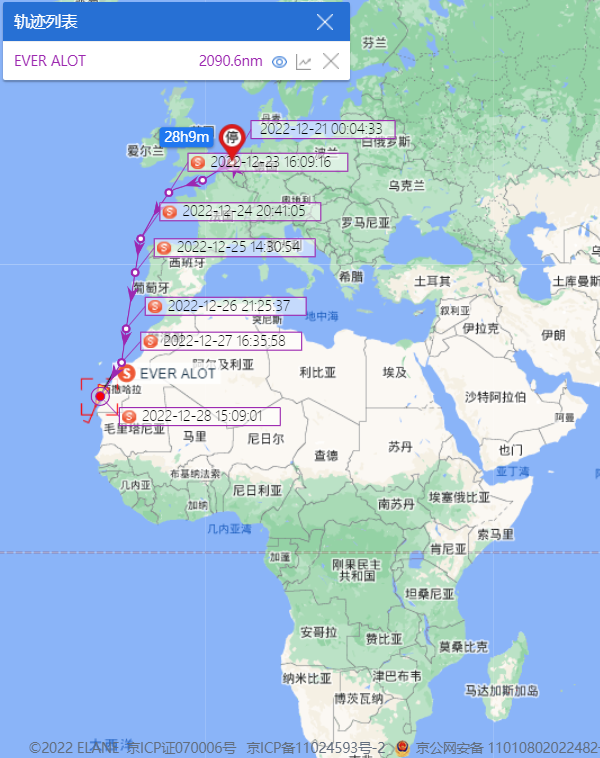 A 211237teu named COSCO Shipping Nebula, a 21237teu under the COSCO Marketing Collection, has also abandoned the entry into the Gibraltar Strait and reached the waters near Sahara south. 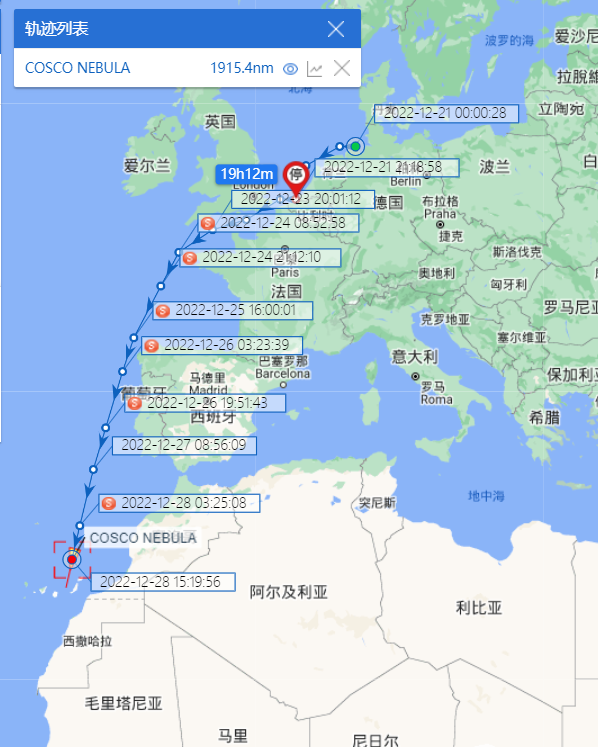 In addition, HMM's super -Panama -type ship, HMM Garam (serving the 'Fe3' route) is currently in a side -by -side position with Cosco Shipping Nebula. 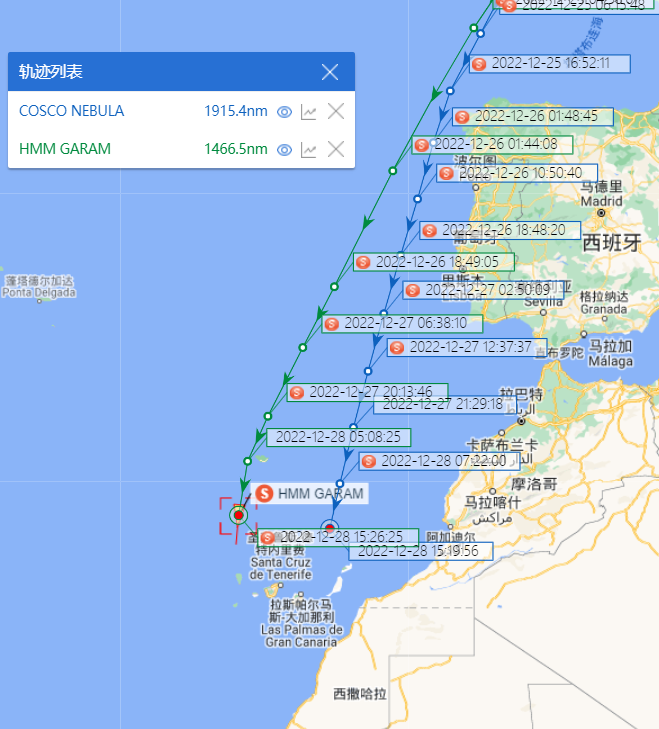 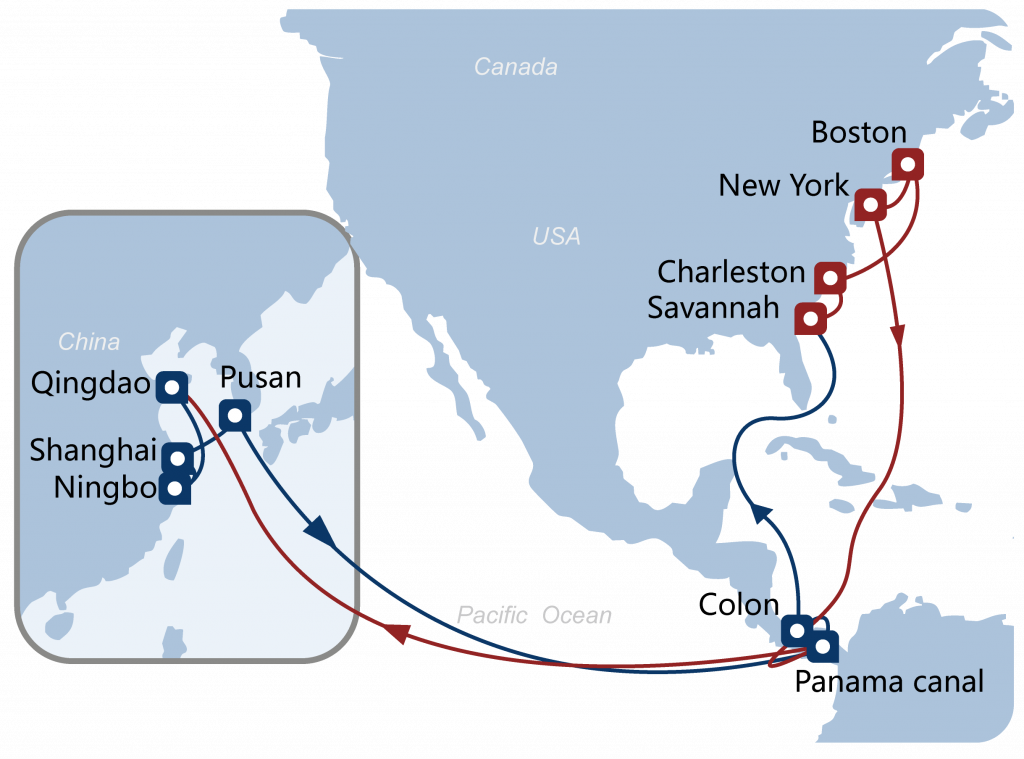 However, according to the trajectory information provided by the Shipwell Network for the Nixin Maritime Network, COSCO Shipping Sakura wheels have begun to go back to China and Singapore back to China after the Grand Western Ocean. 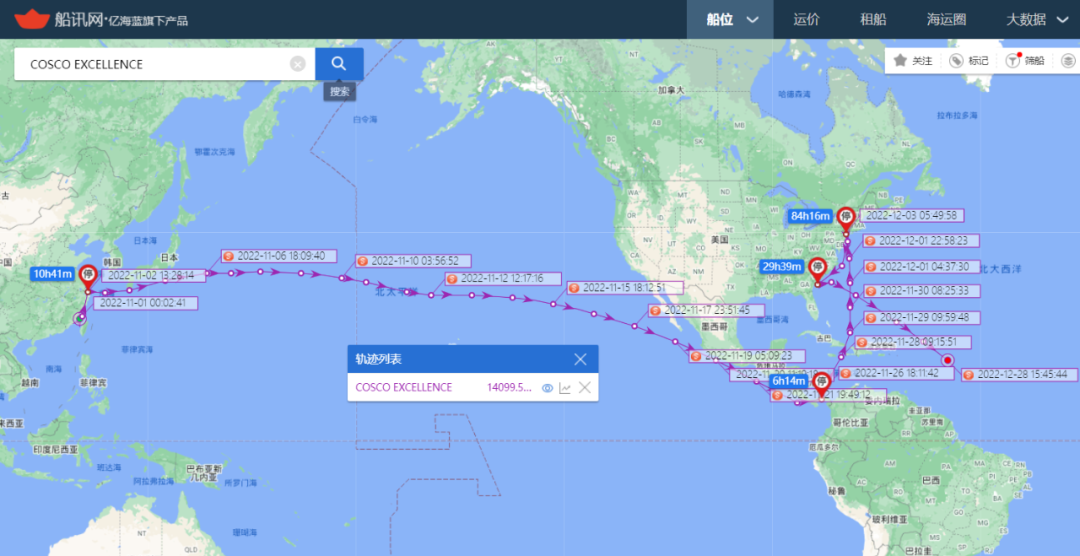 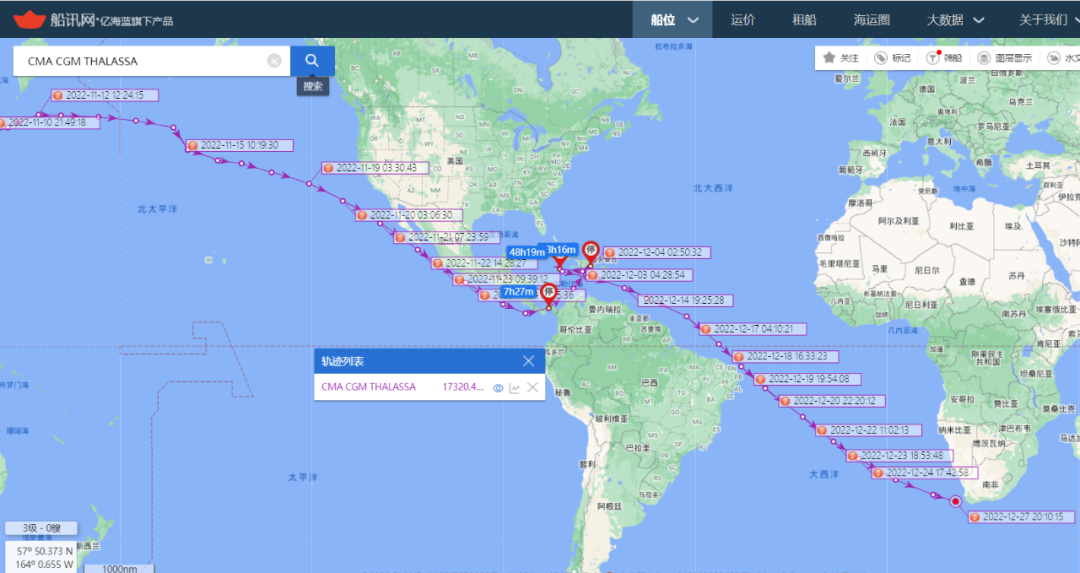 A container ship named CMA CGM THALASSA (serving the 'PEX2') under the same league's Dafei Ship, which is also at the same league. Arrive in the corner of Hao Wang.

For example, in the "13 giant box boats, the Shinde Maritime Network collectively rejected the Suez Canal collectively and looked around the corner? "The article introduced that through the above -mentioned voyage, it can not only optimize the capacity, save costs, and improve the carbon intensity rating of the ship.