News
NEWS
Who wins the boat to rent a boat? The avalanche market! Rental cliff -like decline 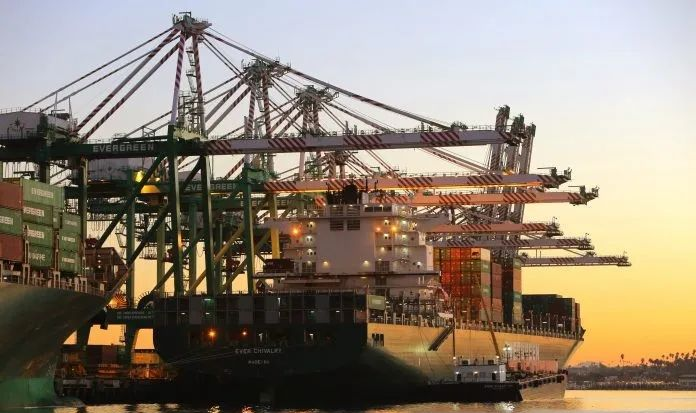 As of now, the 10th place in transportation capabilities is the highest, with the highest percentage of Star Shipping Ship, exceeding 90%. At the end of the first quarter of this year, the ratio of the 150 ships was as high as 94%, and the lease period was 3 to 5 years, and the average lease period was 28 months. 2024 will be divided into 28 and 34 ships, but the company has 46 new long -term rental ships expected to be delivered from 2023 to 2024.

Over the past two years, many container ships have been rented at high prices of star shipping, including 3-12 years of long-term rental. Therefore, AlphaLiner believes that the decline in profit declines in the fourth quarter of Star Shipping may be the largest. It is estimated that in the fourth quarter, the pre-interest tax (EBIT) profit (EBIT) reached 4.39-739 million US dollars, a decrease of 50-70%from the third quarter.

In the first half of this year, Star Shipping firmly believed that the future freight price would still be much higher than before the outbreak of the epidemic, so he was willing to rent a boat at a high price. According to Alphaliner statistics, in the past year, Star Shipping has leased 120 existing ships and new ships under construction, of which 50 ships have been leased for 3 years, 18 ships have been leased for 5 years, and 29 are 12 years.

In order to create the highest economic benefits with the least investment, collecting companies have long established a large number of large fleet size through a large number of ships to increase market competitiveness. In the past, the proportion of charters of the main centralized companies was more than 50%. In the past two years, with the surge in profit, collecting companies have been increasing their own ships.

According to the data of Alphaliner, among the top ten world -world transport companies in the world, the proportion of 6 rental shipments is less than 50%, including 40.4%of Mascia Shipping, 45.3%of the COSCO Shipping Group, 37.4%of Herbelot, 43.4 Evergreen Sea Transport 43.4 %, 48.4%of the Ocean Union Shipping (ONE) and 32.1%of HMM (formerly modern merchant ship). Among the other four, the proportion of star shipping ships reached 94.7%, followed by 69.4%of Yangming Shipping, 54.8%of Mediterranean shipping, and 53.1%of flying ships.

Beginning earlier this year, the Shanghai Shipping Exchange's container freight index (SCFI) fell for 25 consecutive weeks. Therefore, a lot of appointments are very short. Everyone is watching and watching. On the one hand, the shipping price trend after unblocking Shanghai, on the other hand, observe whether the inflation problem has made the trade volume a lot less.

The shipping company with optimistic views believes that inflation reduces the purchase of luxury goods and high -tech products. Those products are transported by air transportation. Next year, the new carbon reduction regulations for the International Maritime Organization (IMO) will allow the unsatisfactory ships to accelerate the elimination of the elimination of unsatisfactory ships. Or slowing down and sailing, naturally reducing the actual capacity supply, but there are also shipping companies conservatively looking at the future market development.

Among the top ten marketing companies in the world, Star Shipping, the 10th ranking, is the most firmly believed that the future market freight price will be much higher than before the epidemic. A large number of ready -made ships and new ship rental contracts are considered to be the largest in gambling with Star Shipping, and the industry is waiting to see the final result.