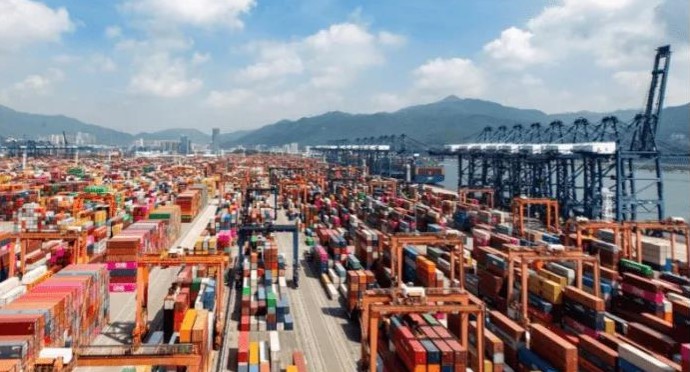 With the restarting economy after the new crown epidemic, the world's "one box is difficult to find" in the world's "a box of hard to find", but now not only does the scene no longer exist, but even the shipping industry is facing a completely opposite problem: there are more air containers to put more ones. No more.

This is another evidence of global consumer demand and economic slowdown. Traders and consignor pointed out that this is not the global economy is returning to normal, but a sign of decline in consumer demand.

"There is no enough warehouse space to accommodate all containers," said Christian Roeloffs, CEO of the online container logistics platform, said this week. He also warned that the container warehouse in the next few months will face greater storage pressure.

Andrea Monti, CEO of the Italian container rental company Sogese, told Container Xchange that his warehouse was full and could no longer meet the needs of new customers in some regions.

"For example, our Milan warehouse is very crowded. The number of containers is still increasing, so that we are rejecting some warehouse service requests." He said. "Our current situation is that some areas cannot accept new customers."

Monti told Container XChange that when Christmas is approaching, the peak of cargo transportation usually occurs, but strictly speaking, this year does not appear.

He pointed out that retailers are cautious about their high inventory levels at hand. The delivery of goods has become on time, which has also led to the slowdown of new orders.

According to Darin Miller, the national maritime manager of Sedgwick, the global claim management service provider, in order to cope with the fullness of warehouses, ports such as Houston Port have already begun to charge the empty container box for more than 7 days to park at the pier.

The latest Druori World Container Composite Index has fallen to $ 2,773 per 40 feet container, which is 73%lower than the peak in September last year.

Air Airlines or cancel the number of voyages

Another abnormal phenomenon is that as the largest consumer season is coming this year, air voyages may increase. This also reflects the decline in demand in the shipping market.

Air Airlines refers to entering and exiting ports as planned as planned, but the ship does not load any goods when the ship relies on Hong Kong, that is, the original line transportation is used to transport the original line, or the ship company will choose to cancel the port booked by a certain route or cancel this. The original navigation plan of the first route.

Druori said in its latest analysis that between the end of November and early December, 14%of the main container routes were canceled.

A few days ago, the shipping giant Maersk warned in its third quarter performance report that the freight was topped under the context of relief of supply chain dilemma and decline in demand. The company told investors that the expected maritime profit will decline.

Container XChange interviewed 200 freight agents, traders and consignors in a survey last month. Nearly 60%of them said they were dealing with geopolitics, economic and political risks. Stress, which leads to a decline in the demand for containers.