News
NEWS
The country's largest trailer company requires all employees to stop working indefinitely, and 17 ports will be affected


It is reported that yesterday, SVITZER Australia, a subsidiary of Masiski, issued a notice from Lockout to all ports of the ports and its unions that served all ports. Starting at 12 o'clock, it will be carried out indefinitely.

This will affect port shipping operations in major cities and regions such as Queensland in Australia, New South Wales, Victoria, South Australia, and Western Australia.

SVITZER said that when the stop work takes effect, no ship will be dragged into or out of 17 Australian ports served by SVITZER, including Botany Port, Pili Port, Melbourne, Flemantel Port, Brisbane, Bridge, Hong Kong, Newcastle Port and other ports. 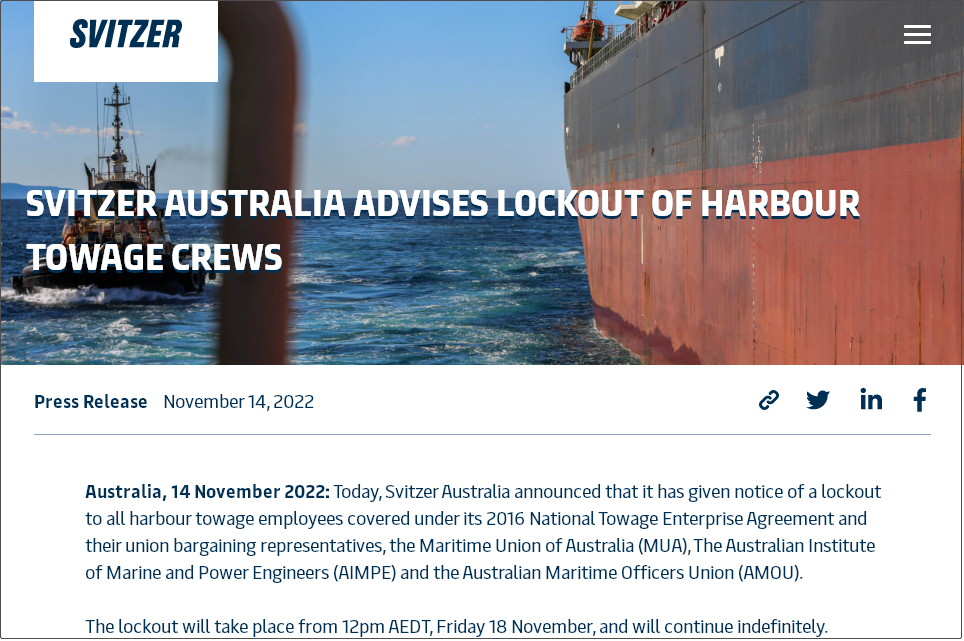 SVITZER is Australia's largest trailer operator. It conducts about 50,000 trailer operations each year, which means that this suspension may cause most container transportation to stop, and people worry about the large -scale interruption of the supply chain before Christmas.

The Australian Maritime Alliance issued a statement saying: "Over the years, SVITZER, as the only main trailer supplier of Australia's large ports, has always enjoys a nearly monopoly position. It is not allowed to work hard to destroy Australia's productivity and prevent consumer goods and commodities from Botany, Botany, Botany, Farbra, Melbourne, Newcastle, and Brisbane and other major port loading and unloading, every Australian company and consumers will now be affected by the company's selfish and stubborn behavior. "

SVITZER said in the notice that it adopted this measure in accordance with the "Fair Work Law" to respond to the destructive and continuous strike operations of union organizations. 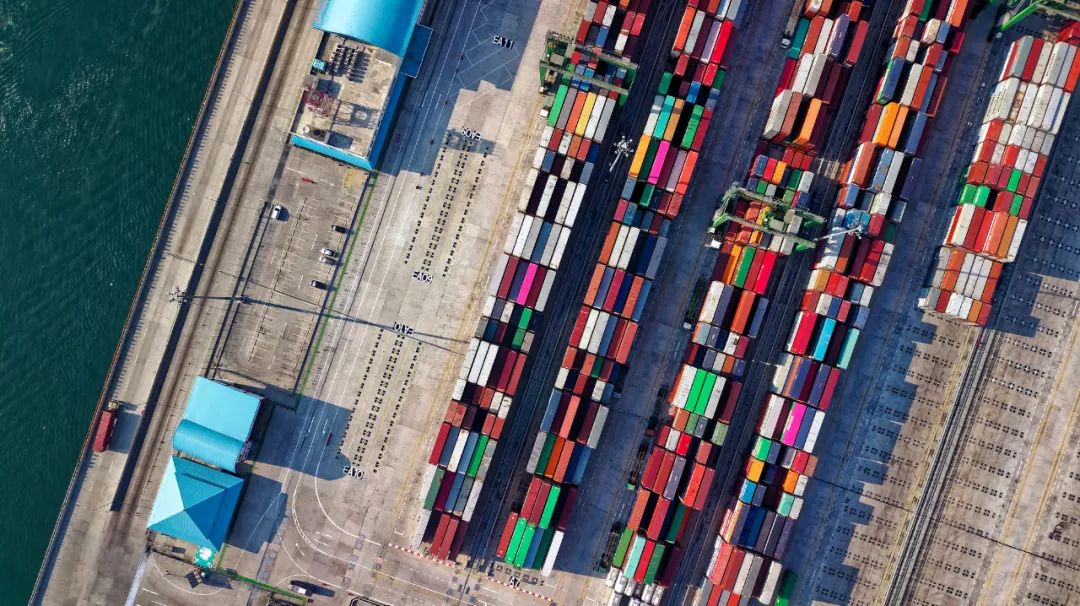 The company said: "This harms SVITZER's reliable, safe, and efficient ability to provide services to its shipping customers and port operations across the country, and cause serious damage to the national supply chain that depends on shipping."

"Our goal has always reached a new corporate agreement and conducted detailed negotiations with sincerity. A response to the destructive strike of the union is ongoing. "

The union stated that the trailer operator Svitzer Australia delayed the negotiation between the two parties.

The influential dock operators at the port of Australia are forced to clamp in the middle. They call on the government to intervene to prevent suspension and eventually resolve contract disputes. Patrick Terminals, a dock operator, said that the shutdown would affect the processing of 10,000 standard boxes per day; DP World also pointed out that 70%of the ships at its dock were processed by SVITZER.

Matsky issued a notice yesterday that the following ships have been affected:

I would like to remind friends on behalf of the cargo main cargo on behalf of the relevant business, please pay attention to the latest progress in time and make a good arrangement of freight.