Affected by factors such as sluggish economic prospects and serious inflation, market consumption and transportation demand is small, and the freight rate of main routes continues to be in a downward channel.

The comprehensive freight freight index of Shanghai export container released by the Shanghai Shipping Exchange showed that as of November 11, the index was 1443.29 points, a drop of 8.6%from a week ago, and a decrease of 20.5%from a month ago.

Analysts of the Shanghai Shipping Exchange said that due to the continuous policies of the Federal Reserve to control inflation, the US economic performance has continued to decline in the near future, and future growth prospects are facing a severe situation. The volume of goods cross -Pacific routes continues to weaken, the fundamentals of supply and demand are not good, and the market freight rates continue to decline.

Recently, European economic conditions are not optimistic, and many manufacturing data is lower than the glory line. At the same time, due to the continued Russian conflict, the energy prices were at a high level, the level of inflation was high, and the economic prospects were not optimistic.

On November 11, Shanghai Port exported to the European Basic Port Market freight rates (shipping and shipping surcharges) was $ 1478/Teu, a down 16.2%from a week ago. Shanghai Port Export to the Mediterranean Basic Port Market freight rate (sea transport and shipping surcharges) is 2061 US dollars/Teu, a 7.2%decrease from a week ago.

In order to balance the supply and demand relationship, the liner company has also continued to increase the suspension of major routes.

The latest data released by Sea-Intelligence, a well-known consulting agency in the industry, shows that the shutdown measures of the cross-Pacific routes have increased significantly in the 42nd to 52nd week of this year's 42nd to 52nd week this year. 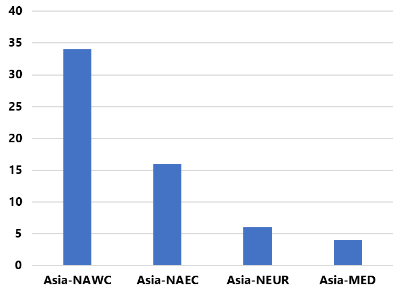 Alab Murphy, chief executive officer of Sea Intelligence, said: "This reflects that the liner company is still hesitant when dealing with the peak transportation season that may appear before the Lunar New Year. Holding a wait -and -see attitude. "

On the other hand, the suspension of voyage has not increased significantly in the Asian -Europe route market. The Asian-Nordic route has only added 6 blank voyages, and the Asian-Mediterranean route has added 4 blank voyages.

Some analysts believe that the adjustment of the capacity of cross -Pacific market is still "too small and the movement is too slow." From now on, the liner company needs to follow a "very delicate" capacity balance strategy.