At 20:00 on July 23, as the "Mediterranean Aida 2" completed more than 700 container loading and unloading tasks and slowly left Tianjin Port Eurasia International Container Terminal, it marked the official maiden voyage of Tianjin Port's "Mediterranean Southeast Asia Route". This is the third "Belt and Road" and RCEP new route opened by Tianjin Port since July. New routes have been opened continuously, which further encrypted the foreign trade route network of Tianjin Port, increased the flight density of Tianjin Port’s Southeast Asian near-ocean routes, accelerated the shipping and trade exchanges between the Beijing-Tianjin-Hebei region and RCEP member countries, and further smoothed the domestic and international dual circulation. The high-quality development of the Belt and Road Initiative contributes to "the strength of Tianjin and Hong Kong". 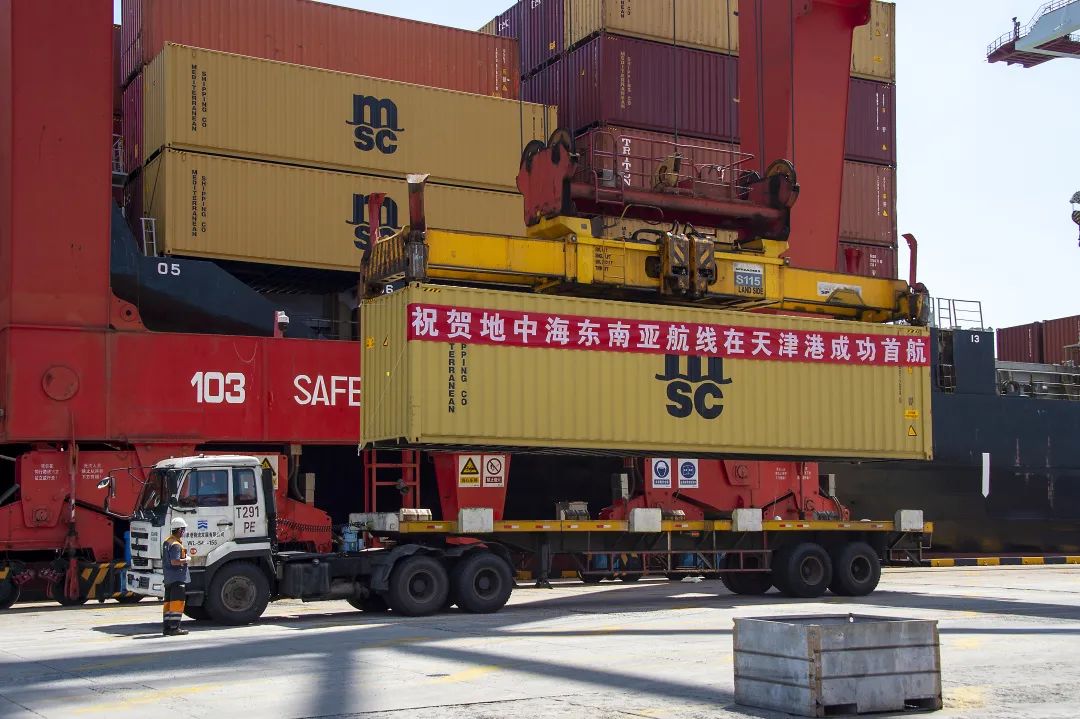 Meng Boxue, general manager of the North China Region of Tianjin Haitong Boyuan Logistics Co., Ltd., said, "The newly opened new route to the Mediterranean and Southeast Asia has realized direct sea flights from northern China to many countries in Southeast Asia, meeting customers' requirements for delivery time, Tianjin Port serves ships with high operational efficiency, and MSC provides a longer container-free period at the port of departure and destination than other operators, which satisfies the needs of front-end and end-end logistics, and reduces the overall trade cost as a whole.”

With the official entry into force of the Regional Comprehensive Economic Partnership (RCEP) this year, in the first half of the year, my country's imports and exports to countries along the "Belt and Road" and RCEP trading partners increased by 17.8% and 5.6% respectively. As the sea gateway of Beijing-Tianjin-Hebei and an important outlet for my country's "Three Norths" region, Tianjin Port gives full play to the role of the "Belt and Road" sea and land intersection and an international hub port serving the comprehensive opening to the outside world. Tianjin Port Group actively maintains In close cooperation, with the strong support of relevant port units, we will continue to improve the level of customer service, continuously optimize the allocation of port resources, and improve the efficiency of port operations, which jointly guarantees the stable and positive growth of container traffic between Tianjin Port and Southeast Asian countries. The container traffic with RCEP-related countries such as the Philippines, Thailand, Singapore, Vietnam, and Myanmar increased by more than 7% year-on-year, providing an efficient and convenient shipping channel guarantee for the import and export value of Tianjin Port to its major trading partners to maintain growth. According to Tianjin Customs figures, in the first half of the year, Tianjin Port’s imports and exports to countries along the “Belt and Road” increased by 42.6%, and its imports and exports to RCEP trading partners increased by 18.2%. 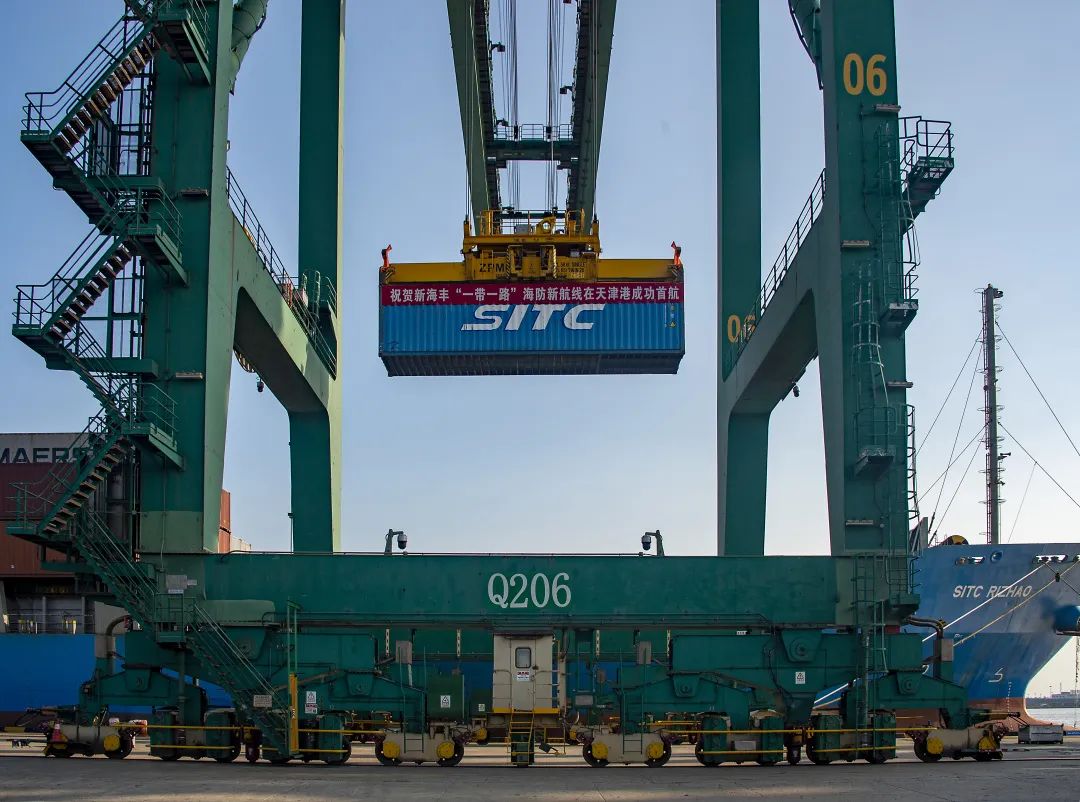 Since the beginning of this year, Tianjin Port Group has faced the unfavorable factors such as the repeated global new crown pneumonia epidemic, seized the favorable opportunity for the stabilization and recovery of the national economy, and actively served the new development pattern in which the domestic cycle is the main body and the domestic and international dual cycles promote each other, and continue to strengthen and domestic The foreign container liner companies cooperated, continuously optimized and adjusted the allocation of route resources, and strived to create more high-quality routes and express routes to meet market demand, and successfully opened 7 foreign trade ocean routes such as Australia and Southeast Asia, and achieved foreign trade container throughput. At the same time, guided by market demand, actively explore the market, tap its own potential, make full use of inland marketing outlets, and launch a number of "customized" logistics solutions for shipping customers and hinterland enterprises, in order to be more economical and more efficient. The convenient sea-rail combined transportation network can better serve the coordinated development of Beijing-Tianjin-Hebei and the joint construction of the "Belt and Road". In the first half of the year, Tianjin Port Group completed a container throughput of 10.511 million TEUs, a year-on-year increase of 2.1%, which was the best level in history.

Previous：Worried about excess capacity? Two factors will depress the actual capacity of container ships
Next：New progress in talks between US ports and dockworkers