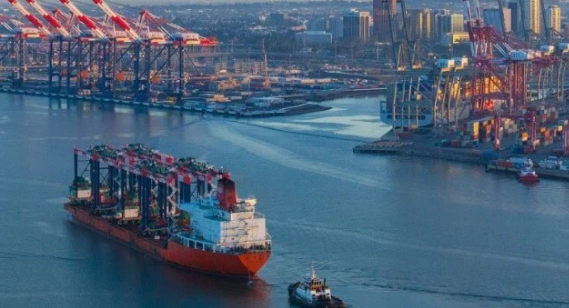 Hand-held orders for container ships hit a record high, but overcapacity has also raised concerns about the future of the market.

After experiencing an unprecedented wave of orders in the past year and a half, the proportion of container ship orders in the current fleet has surged to 28%, and the market is worried that this will bring about serious overcapacity problems. However, a senior executive of a large container shipping company pointed out that the current total capacity of old container ships over 21 years old in the world has reached 2.267 million TEU, accounting for 10% of the existing capacity. Carbon taxes, these will drive down actual capacity.

An industry analyst said that at present, major container shipping companies are still ordering new ships, which shows that each company has a need for ship replacement. In the past two years, due to the skyrocketing freight rates, ship owners have retained a large number of ships over 20 years old to be scrapped. The old ship was refurbished at a huge cost.

For example, in April last year, a container shipping giant with the top six shipping capacity sent at least three 23-year-old 4,000TEU container ships to the shipyard for replacement of steel plates, each costing about US$3 million for refurbishment. It can earn about $54 million a year, almost as much as building a new ship of the same capacity.

In addition to the old ships to be scrapped, the new carbon emission regulations of the International Maritime Organization (IMO) will take effect in January next year. It is estimated that more than 50% of the ships currently on the market do not meet the new regulations and need to replace equipment or slow down.

An executive in charge of the shipbuilding business of a shipping company pointed out that container ships built before 2016 basically do not meet the new IMO regulations, so if it is a ten-year long-term charter, most of the charter will not be renewed after the expiration of the lease, unless the lessor Willing to reduce the rent significantly, of course, the actual rent depends on the market conditions.

At present, about 50% of the ships of the major shipping companies are leased ships. The container ships built before 2016 basically do not meet the new IMO regulations. Therefore, if the container ships are leased for ten years, most of them will not renew the lease after the expiration of the lease. , unless the shipowner is willing to significantly reduce the rent.

In addition, the EU carbon emissions trading system stipulates that by 2023 ships with a gross tonnage of more than 5000 tons (about 500TEU+ container ships) need to purchase a 20% carbon tax on emissions when they call at EU ports, which will increase to 100% by 2026. The EU carbon tax is estimated to affect 20% of the world's container ships sailing in Europe, and other countries such as Australia, New Zealand, the United States and other countries may follow the carbon tax, and the old ships with high carbon emissions will need to be eliminated or replaced by secondary shipping routes. . However, imposing a carbon tax will increase freight and commodity prices, which will ultimately be borne by consumers, so the future development remains to be seen.