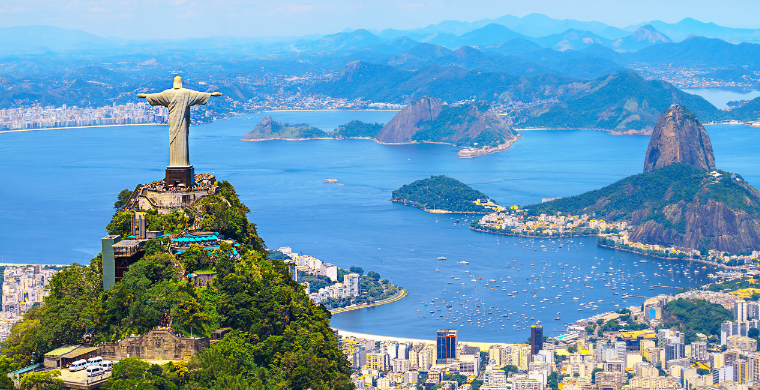 With the resurgence of the covid-19, 2022 is off to a surprising start.

Under the covid-19, A Ming, who is in the clothing business in Hangzhou, is in a dilemma: Affected by the covid-19, the situation of international trade is one after another. Although he holds the order in his hand, it is unknown whether he can get the payment back. In addition to the risk of order cancellation, cross-border The skyrocketing price of logistics is also the most troublesome thing for merchants; and the domestic market is also caught in difficulties such as rising raw materials, overcapacity, and fierce competition.

Looking back on the past two years, it has always been in a state of change, old problems have not been solved, and new variables have entered the market one after another, which is difficult to control.

How to break through the predicament, A Ming has been exploring.

Difficulties at home and abroad, where is the breakthrough?

During the overseas covid-19, A Ming's foreign trade business continued to decline. A Ming said that the continuous covid-19 has a negative impact on the clothing and apparel industry, the reduction of overseas demand, the rise of costs and the reduction of profits.

According to reports, the negative impact of the covid-19 on the clothing industry is as follows:

First of all, the demand for foreign clothing and apparel has been greatly reduced. "This is not only a problem of reduced income, but also a decrease in sales, resulting in a large backlog of inventory, resulting in a reduction in capital liquidity, which may cause a break in the capital chain." A Ming said.

Secondly, the cost of raw materials in the clothing and apparel industry has risen during the covid-19, profits have fallen sharply, and survival is difficult.

In addition, due to the rapid recovery of the covid-19 in China, a large amount of demand has shifted to China. The demand for export transportation has increased significantly, while the foreign covid-19 situation has caused continuous congestion in ports. The shipping costs have risen, and the goods are difficult to ship. Even if they go out, the profits will be greatly squeezed. logistics

"Most of our orders are still maintained by old customers. However, the situation is unstable. Although we have orders in hand, we are also worried about the disruption caused by unexpected factors."

In order to cope with the difficulties, A Ming is also working hard to take countermeasures. Like many of its peers, the more common method adopted is to convert export sales to domestic sales, and strive to digest and stock up goods and reduce losses.

However, the logic of domestic sales is completely different from that of foreign trade, and the results that can be seen are not very good. A Ming said that in order to do a good job in domestic sales, the first skill to master is price war. Although the profit of foreign trade is also very low, the domestic profit still makes him feel unacceptable. In addition, the saturation of the domestic apparel market is also a major obstacle.

However, there are both normal and unexpected situations. Even in such a situation of internal and external difficulties, A-Ming found that some customers are taking more and more goods, from small batches to hundreds of sets in the back. He was very curious. After consulting, he learned that most of these customers are selling on cross-border platforms such as Shopee. The popularity of the Latin American market in the past two years has brought Shopee to a higher level.

The covid-19 is also affecting cross-border e-commerce, which has spawned a boom in cross-border e-commerce in 2020, and also led to difficulties in 2021. Under the complicated situation, how to find a dynamic blue ocean market? The sharp shrinking of the offline economy has led to the influx of offline store practitioners online. How to find a suitable platform for you when the competition pressure on the platform intensifies? These were the first questions that A Ming thought about.logistics

The covid-19 is shrouded, the scenery here is unique

Brazil and Mexico were the first to enter A Ming's field of vision.

According to eMarketer statistics and forecasts, the top five countries with global e-commerce sales growth in 2021 are India, Brazil, Russia, Argentina and Mexico. Among them, Brazil, Argentina, and Mexico are all countries in the Latin American market. Most of the uncertain opportunities occur in emerging markets.

Various data show that the penetration of mobile Internet in Latin America is accelerating, the scale of terminal individual consumers is growing rapidly, and its market dividends for cross-border e-commerce are being released. The "new blue ocean" market is constantly expanding, which also opens up market space for Chinese sellers to expand their business in Latin America.

In addition to the market space in Latin America, the platform competition is also undecided.

As an emerging blue ocean market, Latin America has been regarded as an important strategic region by many e-commerce giants, and Shopee is no exception. Since 2019, Shopee has vigorously deployed the Latin American market, using its strong social genes to penetrate into local consumer groups through various channels, including social media, online platforms, and cooperation with leading Internet celebrities. In less than two years, four sites in Brazil, Mexico, Chile and Colombia have been launched in Latin America, and the business has grown rapidly. In the fourth quarter of 2021, Shopee's total orders in Brazil were 140 million, an increase of nearly 400% year-on-year. According to the 2022 mobile market report previously released by data.ai, Shopee ranked first in the ranking of monthly active shopping applications in the Brazilian market. The Shopee platform said that it will continue to maintain its investment in the Latin American market. Analysts at Goldman Sachs expect the company's market share to rise to 20% by 2025 as product and service categories continue to grow.

Different from traditional and established e-commerce platforms, Shopee has a ferocious offensive, the threshold is relatively low, and it is relatively friendly to novice sellers, making A Ming choose Shopee.

At first, A-Ming thought that Shopee was nothing more than Tmall, and it should not be difficult to be an e-commerce company. However, after the account is down, it will face the problem of selecting products and paying money. A-Ming used to judge which styles were selling well based on export sales. However, the habits of users in foreign countries are different from those in China, and the process of publishing some products is also very complicated and cumbersome. Although it is possible to make a few orders under such an operation, it is too difficult to improve.

With the help of Pippi Shrimp's intelligent multi-store management software, A-Ming firmly believes that the decision to expand the store to Latin America (Brazil and Mexico sites) is correct. Under the platform's smart selection recommendation, A Ming chose to transform the store type from the previous trendy channel to make original men's clothing, focusing on Amei Khaji outdoor tooling style, with a gross profit of more than 55%.

And through the intelligent multi-store management software of Pipi Shrimp, A Ming has also optimized and adjusted the distribution mode. For example, you can find some high-quality sellers such as Tmall, Taobao, 1688 and other high-quality sellers on the software to reach a cooperation, and collect high-quality styles to your Shopee store, thereby saving operating costs and reducing the risk of inventory backlog. Liquidity of funds!

In actual operation, each function of Pipi Shrimp is very targeted, enabling novice sellers to go through the early stage smoothly. Taking customer service as an example, Pippi Shrimp can connect with buyers for consultation, set up intelligent replies, and translate online, so that it not only provides customer service for language problems, but also effectively reduces labor costs. In terms of product management, statistics of product visitors, sales, fans' attention, precise optimization, selection of matching products for promotion, and effective screening of products enable merchants to have a definite target. The intelligent setting of product discounts, store discount coupons, and precise attention to active buyers solves the problem of marketing activities that have caused quite a headache for merchants.

At the new level, Pippi Shrimp software is also used to analyze sales activities. In the end, the first-order gift promotion and big promotion have become two powerful tools, and they have frequently won in the Shopee promotion. Pippi Shrimp also provides a transit warehouse docking service with an ultra-low price of 1 yuan per single sticker, which saves Aming a lot of operating costs.

"Select the right category and market, and with the help of professional tools, growth will be natural," he concluded. With all-round assistance, from the beginning of the year to the present, the sales of A Ming's stores have reached 5 million.logistics

A seller-friendly tool can be of great help to sellers, and Pipi Shrimp is undoubtedly suitable for sellers, A Ming said, "Pipi Shrimp is reducing inventory, optimizing delivery time, reducing site costs, and reducing operating costs. It has done a good job in all aspects. The full-link and systematic operation has greatly improved the efficiency and reduced the cost. At the same time, according to the needs of users, the practicability of the functions has also achieved the ultimate, which has brought great benefits to business friends. convenient."