News
NEWS
Amazon's storage fee has risen again! This type of seller has the greatest influence 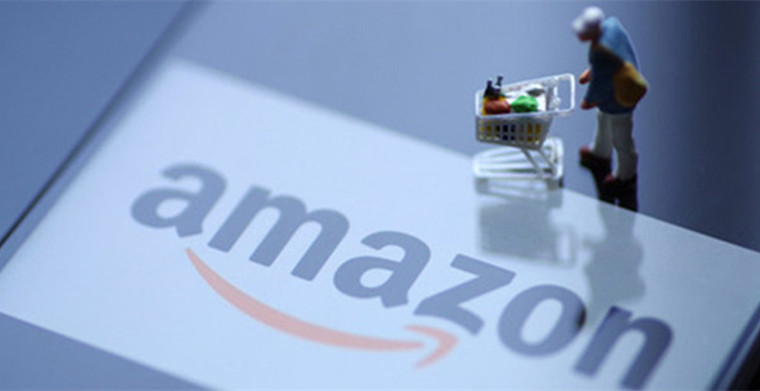 Amazon announced that for sellers who have a higher volume of inventory in the Amazon Logistics Operation Center compared to their recent weekly sales volume, the surcharges will be levied. Professional sellers with a storage utilization rate higher than 26 weeks will be affected by this, and the effective date of change is April 1, 2023.

02. Vipshop will have the Southeast Asian department

At present, the products on the Southeast Asian platform of Vipshop are relatively limited, but Vipshop said that other products will be launched one after another.

Vipshop goes to the sea, which means that the Southeast Asian region, which has a dark tide, is about to set off a new round of waves, and directly competes with old -fashioned e -commerce companies such as Lazada and Shopee. It may be transformed into mutual confrontation with Tiktok Shop e -commerce business.

Following the Yi Bai network, another sales clearly stated that they have settled in Pinduoduo TEMU. Amazon sells trees on investor interactive platforms that the company currently has a small amount of shops on Temu, Pinduoduo's overseas e -commerce platform TEMU.

In 2021, a tree encountered the largest "black swan" incident in the industry, and a large number of stores were shut down. In July last year, a tree announced that the number of frozen stations in 2021 was about 340, and the frozen funds were about 130 million yuan. In November of this year, "Tianze Information Industry Co., Ltd." was renamed "There is a tree technology Co., Ltd.", and the securities simply changed to "there are trees", highlighting the corporate brand with a tree, and completely turned to cross -border electricity. Business field.

As the importance of returns in online shopping is increasing, consumers are tired of packaging items and then labeling to return.

A few days ago, there are reports that Federal Express will launch the Fedex Consolidated Returns program in 2023 to launch a return service without boxes or labels, that is, consumers do not need packaging and print labels. After using the QR code, they can be handed in to Fedex to Fedex. , Later, it will be sent back to the merchant.

Wal -Mart recently announced the launch of a new feature "Text To Shop". This feature supports users to buy products through SMS, suitable for users in iOS and Android systems.

It is understood that this function is created by Wal -Mart's global technical team. New features will make it easier for users to add products to the shopping list and place orders. Users only need to send a text message to Wal -Mart they want to buy, and then they will be added to the shopping cart.

Recently, Amazon European Station issued an announcement saying that in order to follow French laws and regulations, sellers need to register with producer responsibility organizations (PROS) when selling certain products at the French station to obtain a unique identification number (Uin). When submitting sales, it should be Payment ecological contribution statement and payment.

According to the announcement, the seller can register PRO independently. If the seller has registered, please submit an effective producer on the EPR compliance portal website as a compliance certificate for all applicable EPR categories before December 31, 2022.

07. tiktok or preparing to enter the Spanish market

At the same time, a TIKTOK insider revealed to the media that Tiktok e -commerce is preparing to enter the Spanish market.

08. and 98%of Brazilian netizens will maintain frequent online shopping habits

Following the same trend, although 98%of the Internet Brazilians said that from now on, they will shop more frequently on e -commerce, and about 90%of Europeans will do this. The highest score of mobile phones in the country's 72%of online consumers, leading in this regard.

09. This year, more than 158 million consumers will shop on Saturday

This number is about 10 million more than 10 million shopping people in 2021, which is also the highest number since the NRF began to track this data in 2016. According to the survey, 44.1 million (28%) of the 158.5 million consumers who were shopping on Saturday were planned to shop in the store, with 42.2 million (27%) people planned to shop online, 72.2 million (46%) People plan to shop in the store and the Internet at the same time.

10. Shopee Singapore has increased income from 8%of goods and service taxes since next year

According to the notice, according to the regulations of the Singaporean government, from January 1, 2023, it has to pay 8%of goods and service taxes to Singapore through air transport/mail/sea transportation.