News
NEWS
Sudden! A large container ship suffered a failure, and the sailing was interrupted!


It is reported that recently a container ship "GSL Eleni" serving the 2M league crossing Pacific route failed during sailing. The voyage was forced to interrupt to repair, and the shipping period has been delayed.

On December 29, the ship was on the way from the port of Vancouver to the port of Yokohama. When passing through the Strait of Hu An Defuka, it was stuck in the side of the side. 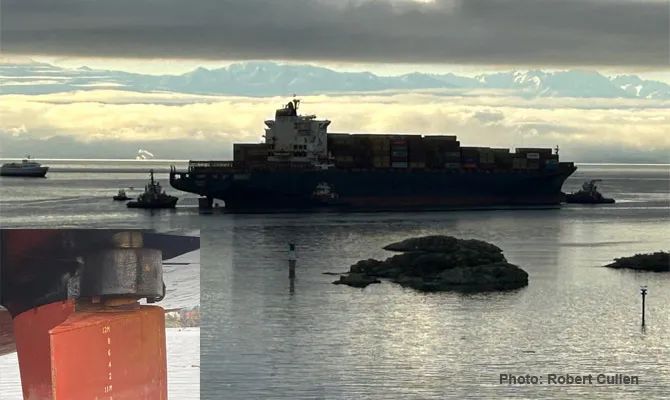 From December 31st to January 1st, with the help of six tugboats, the ship was dragged to Victoria for maintenance.

According to the Victorian Port Authority, the container ship "GSL Eleni" arrived at Ogden Point on January 1 after the rudder failure. As of now, the ship is still mooring there.

At the time of the incident, the ship was serving the 2M Alliance Asia to North American routes (the Masky TP1 service/MSC MAPLE service), with a voyage of 249s. It may involve a number of ships: Maersk, MSC, Aliança, Hamburg Süd, MCC, Seago, Sealand. 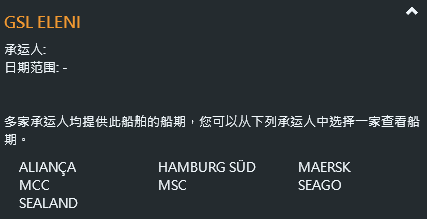 According to the shipping period inquiry on the official website of Matsie, the ship left Vancouver Port on December 28. The ports that will be stopped will be stopped, including Yokohama Port, Busan Port, Xiamen Port and Yantian Port. As of now, the ship is still mooring in Victoria and is expected to leave on January 6 (the date may change). 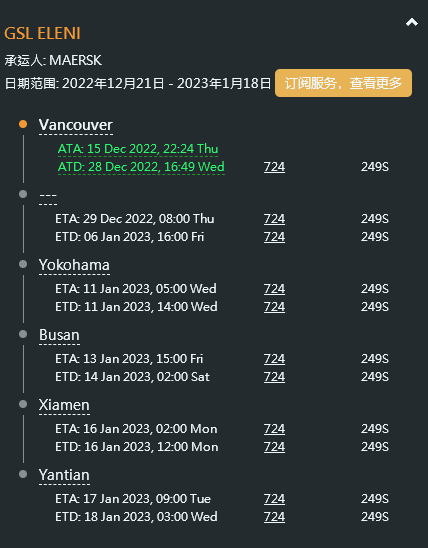 Here we remind that if there is a main cargo company carrying the ship, communicate with the shipping company in time to understand the latest situation of the ship and the subsequent shipwreck arrangement.