Everyone seems to be concerned about the balance of the container market. On the one hand, demand has declined due to the lockdown and the resulting blank sailings. On the other hand, last year saw an influx of new route services and increased capacity deployed by shipping companies during peak periods.

The coronavirus lockdowns, port congestion and ongoing negotiations between U.S. and Western ports and workers have added to the complexity of the situation, and there are still disruptions within the market that could cause additional delays across the supply chain.

Sea-Intelligence said the situation made it more likely that importers would go into peak season earlier, as they wanted to start as early as possible to avoid overbooking.

Sea-Intelligence chief executive Alan Murphy noted that there is evidence that importers will experience an earlier peak season, especially on trans-Pacific routes.

The data shows that capacity deployed on the trans-Pacific route will increase dramatically over the next 12 weeks (weeks 20-31). It can be seen that week 22 saw the largest increase, with deployed capacity increasing from 535,200TEU in week 20 to 646,500TEU in week 22. Capacity is expected to remain at this level until Week 31. 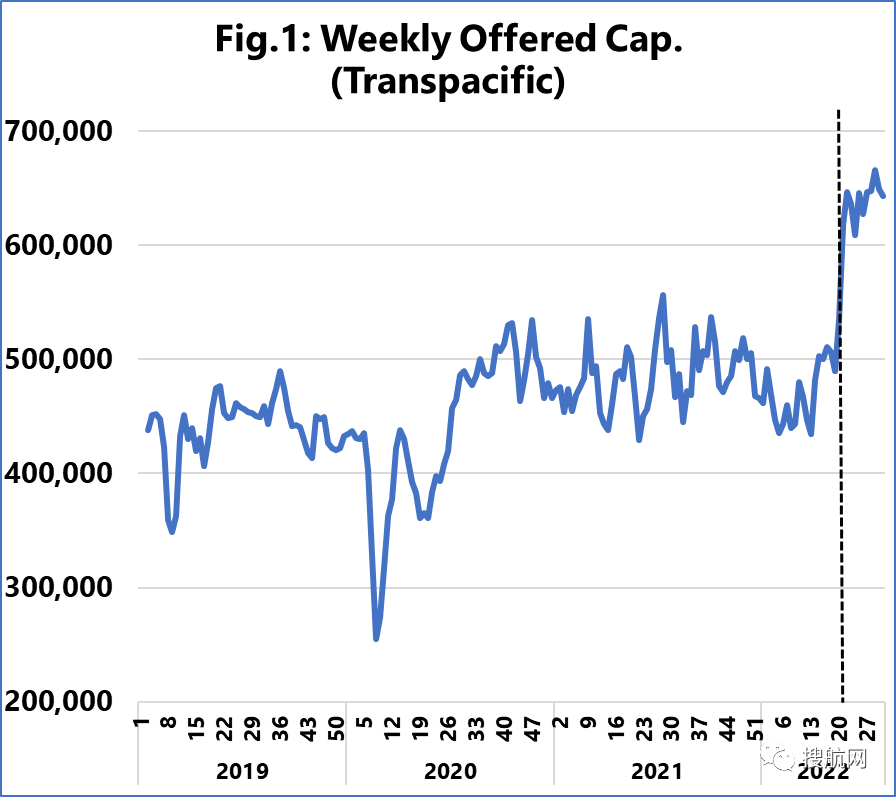 Sea-Intelligence reported that on the Asia-U.S. East route, capacity growth over the next 12 weeks is expected to be 11%-17% higher than in 2019, which is stronger but slower than Asia-U.S. West capacity growth.

Murphy said that the growth in capacity on the Asia-West America route was largely attributable to non-alliance carriers, as they deployed 20-35% more capacity over the next 12 weeks, compared with 2019 for alliance carriers. Compared to the same period, capacity growth was only 0-6%.

Sea-Intelligence also said it expects capacity deployed on Asia-Europe routes to increase in week 22, in line with the peak season of 2021, and to climb again in week 29, bringing weekly deployments to over 500,000TEU, up from 2019- any week during 2022.