According to Alphaliner, the Zeebrugge Port Authority has sold its 5% stake in CSP Zeebrugge Terminal to COSCO SHIPPING Ports, raising its stake in the terminal from 85% to 90%, with the remaining 10% The equity of CMA CGM continues to be held by CMA CGM. 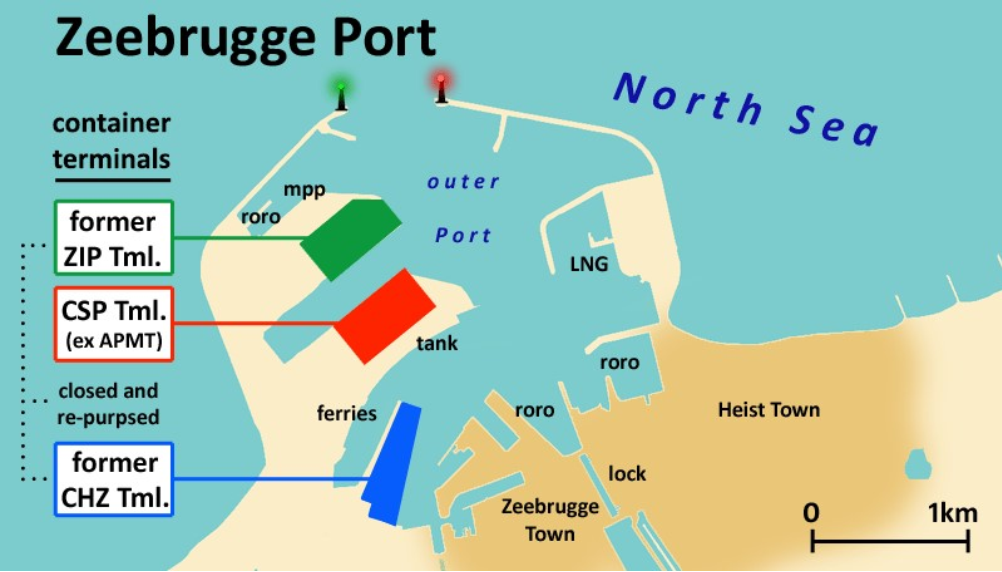 CSP Zeebrugge Terminal is the only remaining container terminal in the Zeebrugge port area. The former ZIP and CHZ container terminals were closed a few years ago and redeveloped into a multipurpose ro-ro terminal. The Port of Zeebrugge is the most important Ro-Ro port in Belgium, and the terminals in the inner port mainly handle short-haul Ro-Ro services, transporting trucks and trailers to destinations across Europe. At the same time, the service center of the inner port is PCTC (Pure Car and Truck Carrier, pure car and truck carrier), which mainly transports new import and export passenger car imports.

The initial concession of CSP Zeebrugge was in the hands of Seaport Terminals, a subsidiary of the Belgian Katoen Natie Group, at the time called Flanders Container Terminal, which was unsuccessful due to its unsuccessful operation. In 2006, the Zeebrugge Port Authority instead awarded the new concession to APMT. APMT sold its equity in the terminal to SIPG and China Shipping Group in 2010 and 2013 respectively (merged with COSCO Group to become COSCO Shipping Group in 2016), and COSCO Group decided to purchase 51% of APMT’s stake in 2017 Equity and a 25% stake held by Shanghai Port Group to control the terminal. In January 2018, COSCO SHIPPING Ports signed a new franchise agreement with Zeebrugge Port Authority to fully take over the terminal, and announced that CMA CGM would also acquire a 10% stake in the terminal. Afterwards, Zeebrugge Port Authority purchased a 5% minority stake in the terminal in May 2018 to support the redevelopment of the port's remaining container terminal.