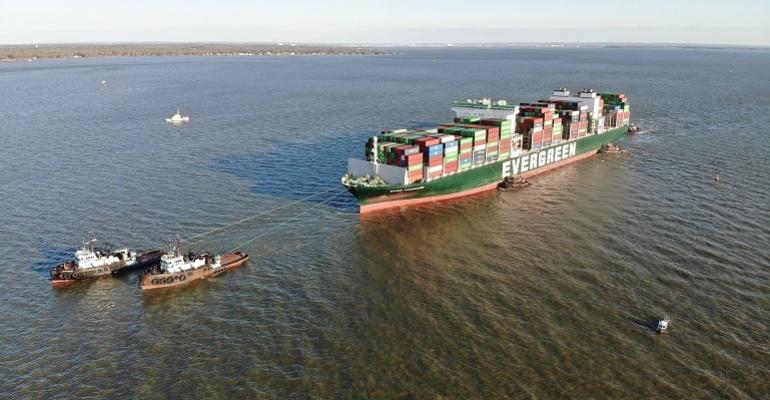 One day after the "EVER FORWARD" was out of trouble, Peter Franchot, the Comptroller of the State of Maryland, sent a letter to Benjamin Tsai, President of Evergreen Shipping Agency, asking the company to set up a $100 million liability fund to pay for the "long-haul" ship in the United States. Costs associated with being stranded in the Chesapeake Bay for a month. Pay for environmental and economic costs, especially in the seafood industry.

"I call on Evergreen to establish now an initial liability fund of $100 million from which interested parties can begin to receive compensation or reimbursement for the impact of this incident," Franchot said in the letter. sea freight

Franchot said the "responsibility fund" includes compensation for federal, state and local agencies for hours and resources for the work, as well as potential compensation to water workers and the seafood industry for the impact the event has had on the harvest season.

In the letter, Franchot said: "This incident has already caused and may cause further environmental damage to the Chesapeake Bay. While the full extent of the environmental impact is not known to us so far, a vessel carrying several tons of cargo and The bunkered 131,420-ton vessel is stranded in our waters, no doubt causing damage to the Gulf's fragile ecosystem."

Regarding the dredging work to help re-float the vessel, Franchot said: "While this may be a necessary action, its potential consequences include damage to oyster beds and disruption of spawning seasons for several species, while we The seafood industry is already struggling financially due to labor shortages and will harvest in the coming months. As if these environmental damages weren't bad enough, hull ruptures and oil spills are my, and many leaders' and Marylanders' top concerns across the state problems. An event like this would be an environmental and economic disaster for the state, the region and the country.”

"The damage already done by this incident, and the damage it may continue to do, will require financial resources to make up for it," Franchot stressed.

"It is my sincere hope that Evergreen will act as soon as possible and begin to make amends for the impact of this incident on our bay and the residents who depend on it for their livelihoods," he concluded. sea freight