A large number of European ports constitute the main gateway for international transportation. In addition to the three major container ports of Rotterdam-Antwerp-Hamburg,Several European ports are also under development and are expected to become key hubs in European and global supply chains.According to 2020 data, the following are the ten busiest container ports in Europe:1. Port of Rotterdam, the Netherlands-throughput exceeds 14.3 million TEU in 2020The Port of Rotterdam is currently the largest and busiest port in Europe and the 11th busiest port in the world, with a throughput of 14,349,446 TEU in 2020.Holland Port is the largest transshipment center in Europe, with approximately 42 deep-sea calls every week, and more than 100 direct deep-sea routes in nearly 200 ports around the world.The Port of Rotterdam is a European empty container distribution center. Its container export area exceeds 485,622 m2. Its container transportation specializes in sales, inspection, modification, cleaning and maintenance.2. The port of Antwerp, Belgium-throughput exceeds 12 million TEU in 2020In 2020, the port of Antwerp has a total throughput of 12.03 million TEU, which is one of the few European ports that has shown an upward trend during the epidemic crisis.As the second busiest port in Europe, Antwerp is the gateway to the European continent, with 60% of European purchasing power located within a radius of 500 kilometers from Antwerp.The Port of Antwerp is composed of 5 deep-sea container terminals, each with a triple channel, and its productivity is the highest in Europe. Each crane can lift an average of 40 times per hour. 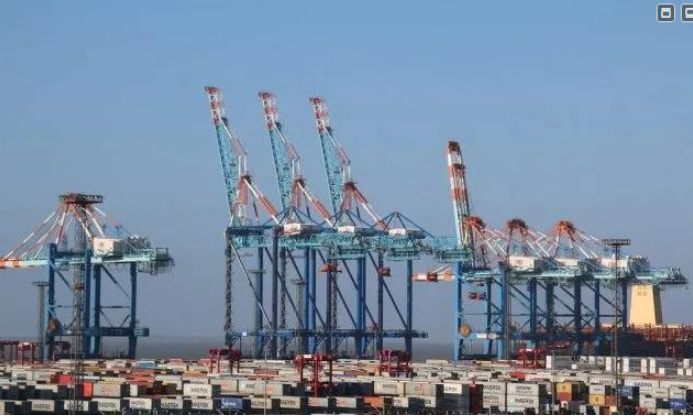 Shipping from Shenzhen to Europe3.The Port of Hamburg, Germany-the throughput will exceed 8.5 million TEU in 2020The Port of Hamburg is the 18th largest container port in the world, with a throughput of 8.52 million TEU in 2020, ranking among the European leaders.The port includes four container terminals, all operated by German operator Hamburger Hafen und Logistik AG (HHLA), and container cargo accounted for 70% of its total throughput last year.The Port of Hamburg also provides an important transportation route to the European continent, with more than 2,000 trains connecting it to the European continent every week.4. The port of Piraeus, Greece-throughput will exceed 5.4 million TEU in 2020The Port of Piraeus is the largest container hub in the Mediterranean, the 4th busiest port in Europe, and the 26th largest container port in the world. In 2020, its throughput will be 5.437 million TEU and its total port capacity will be approximately 7.2 million TEU.The Port of Piraeus is located at the crossroads of Europe, Asia and Africa, directly connected to the Mediterranean Sea, the Black Sea and the Adriatic Sea, and plays a vital role in the international maritime transshipment trade.The Chinese shipping giant COSCO Group has been the owner of this Greek port since 2010, and its participation has caused the container throughput of the Port of Piraeus to soar 296% compared with the latest data in 2007.

Iberian Port provides services from all over the world and is one of the fastest growing ports in Europe. Its APM and Total Terminal International (TTI) terminals can accommodate ships of more than 18,000 TEU. 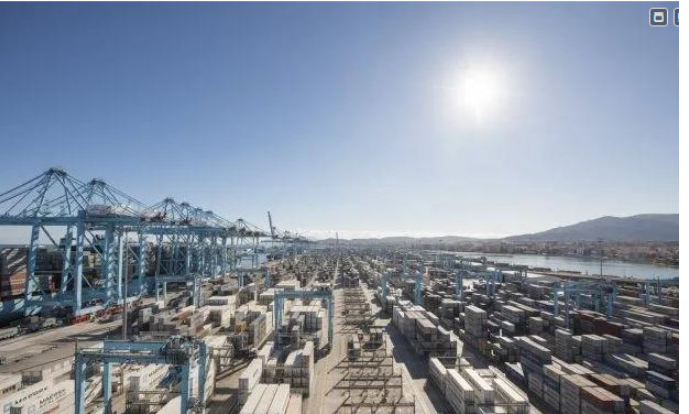 Shipping from Shenzhen to Europe7. Bremerhaven, Germany-throughput exceeds 4.7 million TEU in 2020The Port of Bremerhaven is composed of two commercial ports, Bremen and Bremerhaven, with a throughput of 4,771,000 TEU in 2020, ranking seventh among the largest container ports in Europe.The two ports have a total of 14 large container ship berths and a railway. Half of the containers are transported inland by rail. This is the main factor that makes Shuanggang a suitable transshipment location.The port is managed by Bremenports GmbH & Co. KG.8. Port of Felixstowe, UK-Throughput exceeded 3.7 million TEU in 2019 (No data recorded in 2020)The Port of Felixstowe has been a major port in the UK for more than 30 years and is also the eighth busiest port in Europe in the past few years, with a throughput of 3,778,000 TEU in 2019.The Port of Felixstowe is operated by the Port of Hutchison Whampoa and plays a vital role in maintaining the development of British trade, as its railway and roads connect the port with the distribution center in the central region, and its location can be directly connected to other Europe port.The British port is known for its decarbonization activities. It is equipped with 22 rubber-tyred gantry (RTG) cranes, which can reduce fuel consumption by up to 40% compared to standard machines.

Shipping from Shenzhen to Europe9.Gioia Tauro Port, Italy-throughput exceeds 3.1 million TEU in 2020With Ship Investment Co., Ltd. (TiL) becoming the wholly-owned owner of the Medcenter Container Terminal (MCT) in Gioia Tauro Port, the port will have the fastest growth among all European ports during the 2020 epidemic.The total throughput of the largest port in Italy is 3,193,360TEU, ranking 9th among the busiest ports in Europe, surpassing the 13th in 2019.The port has a surface area of more than 853 meters and can accommodate transoceanic ships transiting through the Mediterranean.10.The Port of Barcelona, Spain-throughput exceeds 2.9 million TEU in 2020The Spanish port has a total throughput of 2,958,040TEU in 2020. Despite a decrease of 11% compared to 2019, the port of Barcelona remains in the top 10 busiest ports in Europe.The port is composed of two container terminals with berthing lines of more than 3,000 meters, providing about 100 routes to 200 ports on five continents.Shipping from Shenzhen to Europe

Previous：Amazon Japan Station Point Center and other points products will be launched soon
Next：A large inventory of Amazon's products during the peak season at the end of the year!