News
NEWS
A total of nearly 40,000 China-Europe Express trains have been opened


According to the Xinhua News Agency, the National Development and Reform Commission revealed that in May, the China-Europe Express Line opened 1,357 and carried 131,000 TEUs of goods.The year-on-year increase was 31% and 40% respectively, and the comprehensive heavy container rate reached 99%. As of the end of May 2021, nearly 40,000 trains have been operated by China-Europe freight trains.About 3.55 million TEUs of goods are transported to more than 160 cities in 22 European countries. 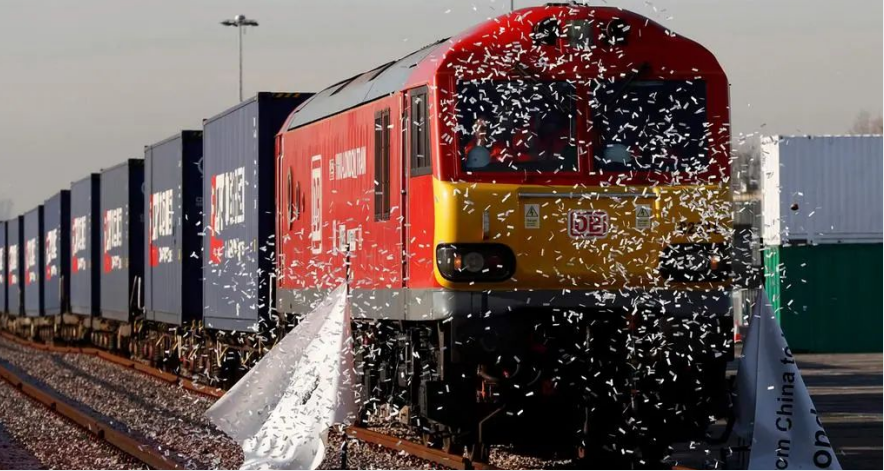 A total of nearly 40,000 China-Europe express trains have been opened. The total number of China-Europe express trains has been nearly 40,000.freight forwarders china to usaRecently, the Office of the Leading Group for Promoting the Construction of the “Belt and Road” went to Khorgos, Xinjiang to conduct on-site special investigations and meetings on the China-Europe train. Ning Jizhe, deputy director of the Office of the Leading Group for Promoting the “Belt and Road” construction work and deputy director of the National Development and Reform Commission, pointed out that as an important carrier of the international industrial chain supply chain under the new situation, the China-Europe Railway Express The new development pattern in which the international double cycle promotes each other bears a historical mission and plays an important role, and it will also usher in a major development opportunity.At the same time, Ning Jizhe expressed the need to be soberly aware that there are many difficulties and problems that affect the high-quality development of China-Europe Express. It is necessary to deeply grasp the opportunities and challenges facing the development of China-Europe Express, adapt to the situation and changes of the times, and promote the development of China-Europe Express in a steady and orderly manner in accordance with the deployment of promoting the joint construction of the "Belt and Road".                 freight forwarders china to usaAt a press conference in April, Meng Wei, spokesperson for the National Development and Reform Commission, said that in the first quarter, the China-Europe freight train continued its strong development momentum, with 3,398 trains running and 322,000 TEUs of goods sent, an increase of 75% and 84% year-on-year respectively. , The comprehensive weight box rate is 96.5%. Among them, 1,858 outbound trains sent 182,000 TEUs of goods, an increase of 77% and 91%, respectively, and the heavy container rate was 100%; 1540 trains returned, sending 140,000 TEUs of goods, an increase of 73% and 77%, respectively, and the heavy container rate 92%.freight forwarders china to usaMeng Wei also pointed out that as of the end of March, the China-Europe Express has transported 11.046 million anti-epidemic materials, a total of 89,000 tons. Since May last year, China-Europe Express trains have opened more than 1,000 trains in a single month for 11 consecutive months, and the scale and quality of the lines have remained stable.It is worth mentioning that in June 2016, the unified brand of China-Europe Railway Express was officially launched. In 2020, facing the severe impact of the new crown pneumonia epidemic, the China-Europe Express trains will take advantage of the unique advantages of international rail transport and vigorously undertake the transfer of goods by sea and air. The annual operation of 12,406 trains, a year-on-year increase of 50%, is the first time to break the "10,000 trains" mark. 7.3 times the number of trips in 2016. freight forwarders china to usaIn addition, China Railway has previously disclosed that in 2020, China-Europe Express will reach 92 cities in 21 countries, an increase of 37 over the same period of the previous year, an increase of 67%. Among them, three cities including Xi'an, Chongqing, Chengdu, etc., the annual number of China-Europe trains exceeded 2,000, accounting for 58% of the total number of national trains. The operation of trains began to change from "point-to-point" to "hub-to-hub".freight forwarders china to usa