After burning for 5 days, this container ship suddenly exploded!On the morning of May 25, the container ship "X-Press Pearl", which had been on fire for five days, exploded. The center of the ship was completely surrounded by flames and smoke billowed from the scene.The "X-Press Pearl" arrived at the port of Colombo, Sri Lanka on May 19 and was anchored at the anchorage of the port of Colombo. A fire broke out on May 20. At that time, there were 1,486 containers on board the ship, which contained 25 tons of nitric acid and some chemicals.The Sri Lankan authorities sent 2 patrol ships, 1 speedboat, 2 fire-fighting tugboats and 1 helicopter to help extinguish the fire and claimed to have contained the fire.air freight from china 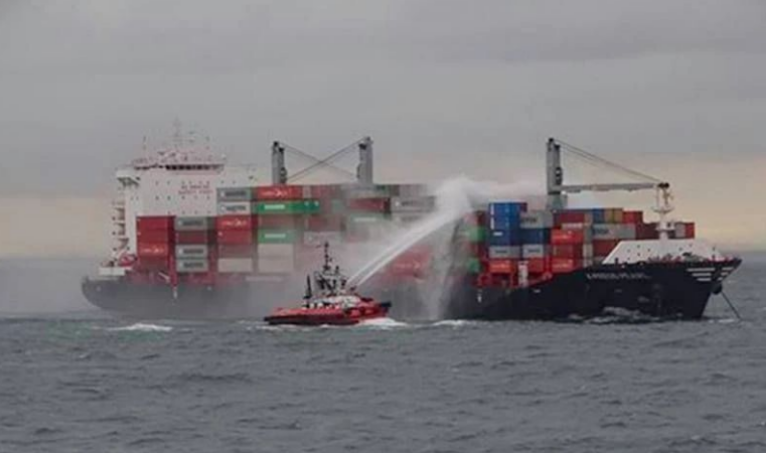 After burning for 5 days, this container ship suddenly exploded!air freight from chinaOn the evening of the 20th, a special team composed of the Sri Lanka Navy and the Port Authority boarded the ship for inspection, and then issued a statement saying that the fire was caused by a chemical reaction with the chemicals on the ship.On May 24, the Marine Environmental Protection Agency of Sri Lanka stated that the fire had not been fully controlled, and the two fire-fighting tugs of the Port Authority were still on-site to extinguish and cool the fire. At the same time, in order to avoid a threat to the marine environment of Sri Lanka by fuel and some cargo (including 25 tons of nitric acid) on board, the Sri Lankan authorities requested that the still burning "X-Press Pearl" leave the country's waters. 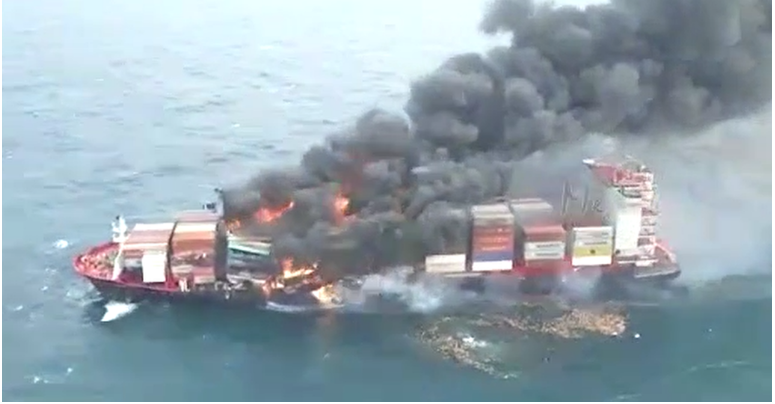 After burning for 5 days, this container ship suddenly exploded! After burning for 5 days, this container ship suddenly exploded!air freight from chinaOn the morning of May 25th, local time, the "X-Press Pearl" exploded. You can see in the video that there are containers (it is said that there are 8) that were blown into the sea. Due to the wind-assisted fire, the "X-Press Pearl" is in critical condition and may sink.There are 25 crew members on board, including Filipino nationality, Chinese nationality, Indian nationality, and Russian nationality. 14 of them are Chinese crew members. According to the latest news, 2 crew members were injured and the rest of the crew members have been evacuated safely."X-Press Pearl" is a 2700TEU container ship built by Zhoushan Changhong International for X-Press Feeders, with a length of 186 meters, a width of 34.8 meters, and a depth of 17.9 meters. Completed and delivered.air freight from china

Previous：Spaces are in desperate situation, freight rates are skyrocketing, and many plans for the first US F
Next：For the first time over Germany, China became the UK's largest source of imports in the first quarte