News
NEWS
Analysis of the peak season in North America in 2022: Americans have deposits, but still "low prices" are looking at


After the restraint in the past three years, consumers have opened up the "preparation" this year's shopping season.

McKinsey's survey results show that 55%of American interviewees said they were excited about the arrival of the last shopping season, and most of the respondents held deposits, which belonged to the confidence consumption. Continuous inflation and the supply chain of Qinghuang are not connected to the "explicit" American consumers include shopping in advance, and 56%of the respondents said that they had started shopping in October. In addition, due to the unstable economic environment, the public is more cautious about consumption. Nearly half of the American interviewees said that they would be more goods than three before payment. If they found that there are more cost -effective products or more discounts, they will not hesitate to make "wall grass". (The above data is a survey results obtained by McKinsey's team from September 27 to September 29, 2022 to September 29th.

Based on the inner activities of the above consumers, many retailers started preparing for the shopping season earlier than ever. Some retailers choose to increase membership benefits to retain loyal customers, and some will attract more consumers by notice low -cost goods during the shopping season in advance to attract more consumers. Where consumers cannot see, retailers predict the sales of goods through big data and AI, and then use this data to manage inventory, temporary employees increase or decrease, and so on. freight

The following will be combined with the chart to make specific analysis of the status quo of American consumers.

Although many Americans have improved a lot compared to the epidemic, the inflation rate in the United States has remained above 8%since March 2022, and daily necessities such as miscellaneous goods and fuel fuel prices have risen. In order to cope with high inflation and high prices, 74%of the respondents said that they are still trying to tighten the trousers to live a life. This round is mainly to adjust the number of essential purchases and the observation cycle of non -essentials. 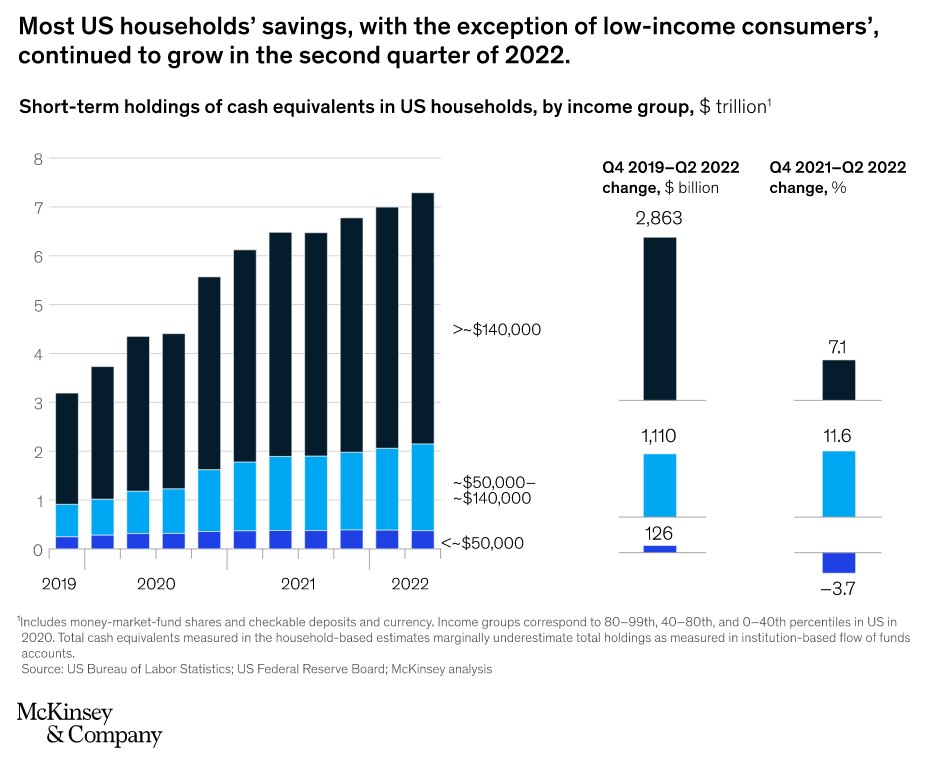 In each income and age group, consumption confidence has to varying degrees of recovery. Among them, the optimistic emotions of low -income consumers have risen 21%; since 2021, the optimistic emotions of the infant tide generation have risen by more than doubled. Nearly half of the respondents are satisfied with the arrival of this year's shopping season, high income and youth. People are especially. 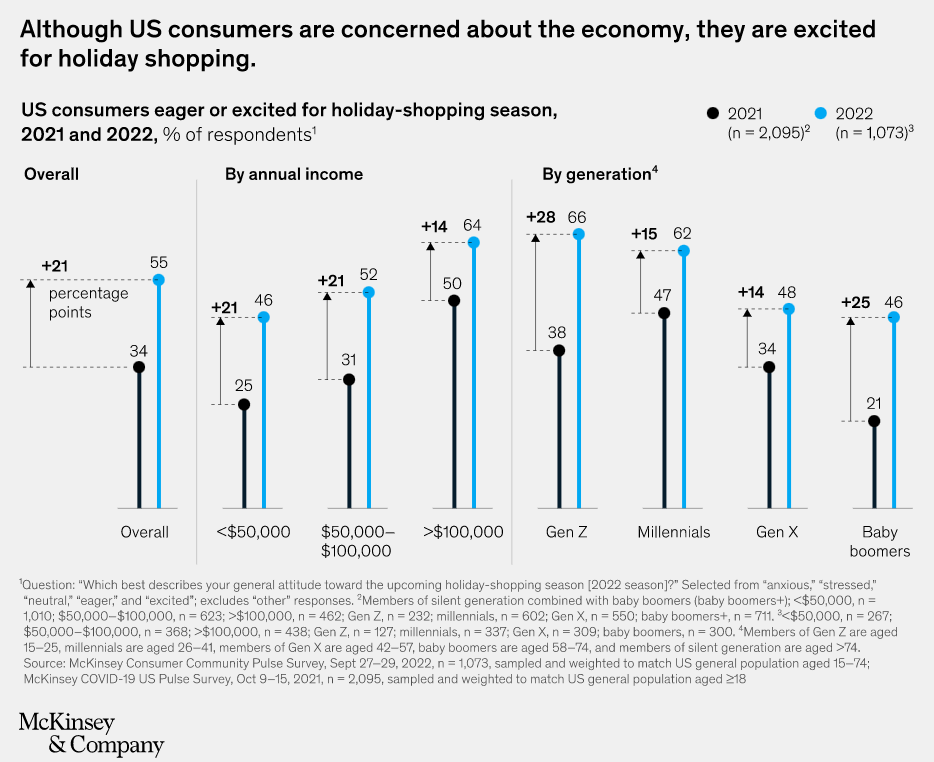 Since the beginning of this year, the people have stepped out of their houses to visit relatives and friends. Although 30%of American interviewees will still take the initiative to restrict the number of parties, compared with a year ago, the proportion of family members to see friends will increase by 12%. 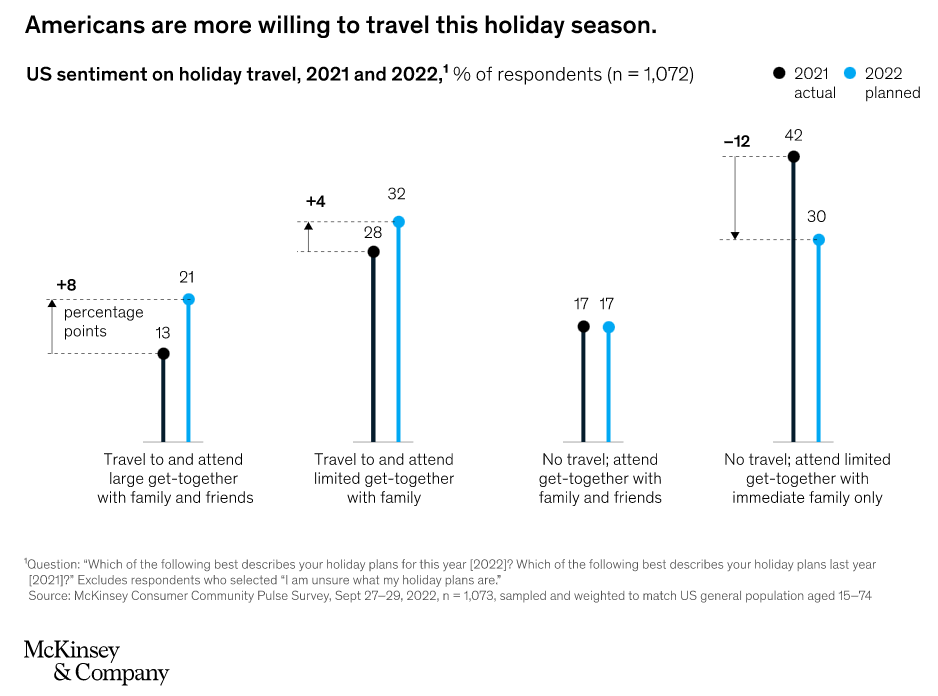 Nearly 40%of the respondents said they intend to be extravagant for themselves or others. This intention is particularly obvious in generations and millennials.

About 1/3 of the American interviewees said they planned to start shopping earlier this year. 56%said that they would not wait until the Black Five Promotion, and they would start purchasing before the end of October. 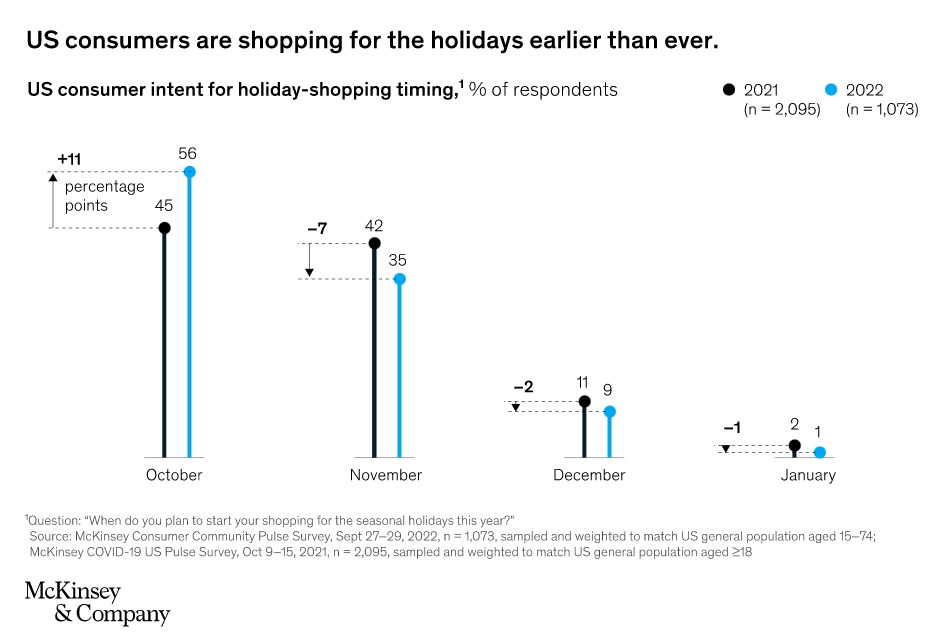 More than 50%of the respondents who choose to shop in advance indicate that this is because they are worried that the product price will rise or there will be insufficient supply as it is approaching the holiday. Some retailers have also adjusted the promotion nodes to cooperate with the change of consumption intent. Amazon held the earliest holiday shopping event in mid -October -Prime Early Access Sale. Before Amazon launched a promotion event, Tagit and Wal -Mart also launched the "Deals of the Day" event. 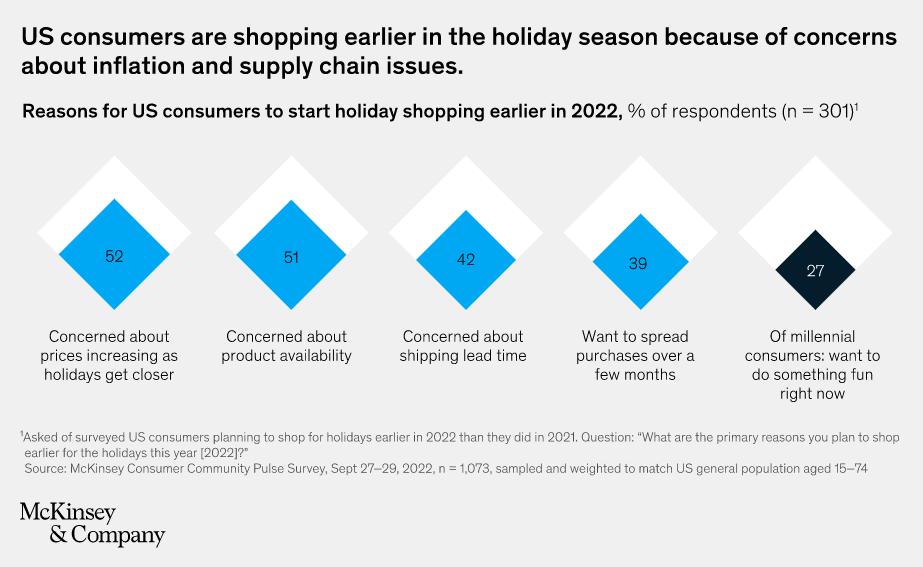 With the increase of party recreation activities, 27%of respondents predict that their total spending on food and other necessities this year will be much more than last year, which will reduce the expenses of non -essential products such as jewelry, cosmetics, toys; 72%of the interviews The person said that due to the inflation of high inflation, the expenses of gifts were limited, and now they are "picking up" on each platform. 44%indicate that when actively looking for discount coupons, 43%indicate that when placing an order, they will not consider platforms or channels, "those with low prices."

The survey results also show that the possibility of shopping in retailers in American consumers is 31%higher than last year, and they are more likely (compared to 10%compared to last year). price. In addition, they also plan to go to hypermarkets or discount retailers to save expenses. 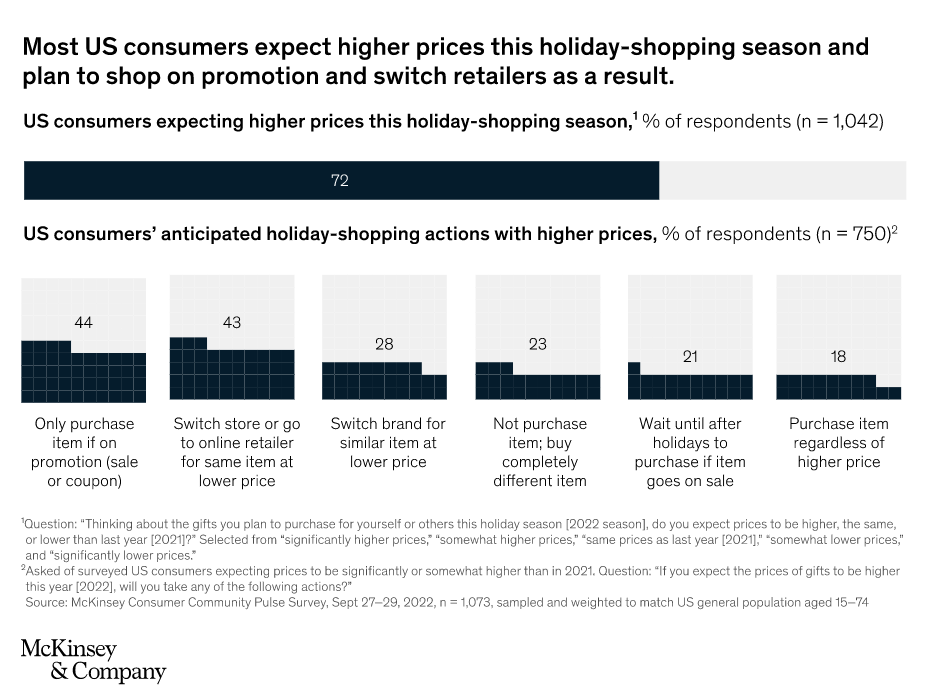 In addition, McKinsey also made some advice on peak marketing to the DTC brand:

Adapt to consumers. Retailers should adjust marketing strategies based on the characteristics of target audiences. High -income consumers have more budgets, and they are more willing to pay for non -essential products, while low -income consumers are more pragmatic. The holiday gifts that are delivered are generally to meet the daily needs of the other party. product. Given that current consumers have a tendency to delay payment, retailers should focus on encouraging consumers to spend money at the right price at the right time.

Set up earlier, influential promotional activities. American consumers have begun shopping and are actively looking for cost -effective products. Brands can use excess inventory as "bait" to warm up the Black Five in late November.

Previous：Optional analysis 丨 How to avoid the risk of patent infringement?
Next：How can Amazon diversion outside the station, reduce costs, increase orders, novice must learn