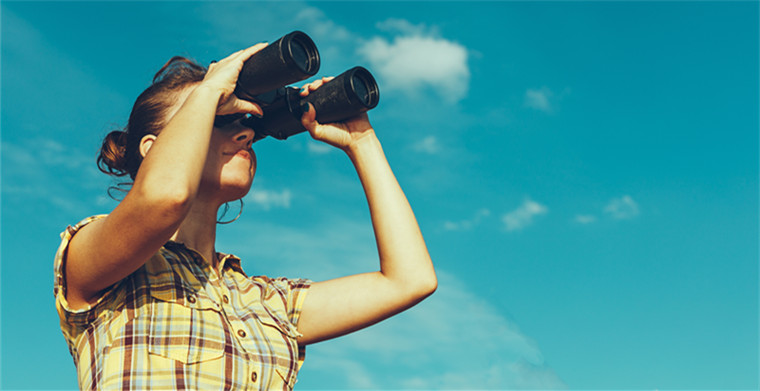 The U.S. Commerce Department released a report on May 26, local time, saying that from January to March, the U.S. economy shrank by 1.5% at an annual rate. Part of the reason for the shrinking economy is a larger trade deficit, with the U.S. spending more on imports than it earns on exports, according to U.S. economists. Another reason for the weaker economy is that U.S. stores and warehouses were slow to restock last quarter and supplies were tight.

It is reported that the 2022 Cross-border Fair, originally scheduled to be held from March 18 to 20, will be restarted in Fuzhou from June 1 to 3 after being postponed due to the impact of the epidemic. According to the Organizing Committee, this cross-border trade fair has attracted more than 50 mainstream cross-border e-commerce platforms around the world to participate, covering the entire ecological chain of cross-border e-commerce such as platform, warehousing, logistics, capital, finance and taxation, advertising, software, operations, and talents. More than 200 leading service providers gathered in the event, and it is expected that more than 60,000 professional cross-border e-commerce merchants will come to the meeting to purchase.

Total container traffic at the Port of Melbourne fell in the fourth month of the year, according to data. Total container throughput (full and empty) at Australian ports fell 5% compared to April 2021, reporting 255,193 TEUs. From the beginning of the year to date, the country's main ports have declined by 1.6%.

The top 10 U.S. ports saw a 7% increase in container imports in April from a year earlier to 2,189,744 TEUs, the data showed. According to industry analysts, this shows that the willingness of American consumers to spend has continued unabated. Separate data showed that in April, imports at U.S. East Coast ports increased significantly, reaching 1,148,687 TEUs, an increase of 18.7% year-on-year. But West Coast ports imported 1,041,057 TEUs, down 3.4% year-on-year.

The latest report states that Spain is one of the countries with the greatest potential for e-commerce growth in the coming years. The report estimates that the penetration rate of the Spanish e-commerce market will reach 14% in 2025, which is 4 percentage points lower than the global average (18%). In Spain, online sales as a percentage or penetration of the entire retail industry have risen from 3.5% in 2015 to 8.7% in 2020, an increase of more than 5 percentage points. Spain’s e-commerce market penetration will reach 14% by 2025, one of the strongest growth rates in the world.

Amazon has started identifying its brands in search results and marking them with an "Amazon Brand" or "Amazon Exclusive" badge. Previously, it has been inconsistent in disclosing which products it owns. Hundreds of brands are part of Amazon Our Brands, a collection of "Amazon's own brands and select brands sold exclusively on Amazon."

eBay: Products sold to the UK (Northern Ireland) need to use the UKNI logo

eBay has recently released relevant regulations on the use of the UKNI logo for products sold to the UK. It is understood that the UKNI mark is a new conformity assessment mark applicable to goods sold in the UK and subject to mandatory third-party conformity assessment by a UK-based agency. It is always used in conjunction with the CE marking. If you violate the relevant regulations, eBay will reserve the right to take restrictions on the illegal publications and accounts, including but not limited to the removal of publications and account restrictions.

Alibaba Group announced its fourth quarter and full-year results for fiscal 2022 ending March 31, 2022. Data shows that its global annual active consumers have reached 1.31 billion. Among them, the globalization strategy has accelerated in the past year, with a net increase of 64 million consumers in overseas markets throughout the year, reaching 305 million, breaking the 300 million mark for the first time. According to the financial report, various businesses in the overseas digital business sector have grown steadily, and the total order volume of the international retail business has increased by 34% year-on-year. Among them, Lazada's annual order volume increased by 60%, and its localization strategy achieved good results; while the e-commerce platform Trendyol in Turkey and the Middle East market, the growth rate reached 68%.

A few days ago, the overseas toy brand StarPony announced the completion of a series A financing of more than 10 million US dollars. This round of financing was led by eWTP, and the old shareholder insurance K2VC followed. The funds will be mainly used for talent recruitment, product development and brand building. Founded in 2020, StarPony focuses on educational, intelligent and trendy design concepts. Its main products are dolls, plush toys, children's tents and other toy products. Its OUOZZZ series of toys have sold nearly one million units since its launch in May 2021. StarPony mainly focuses on overseas markets. In 2021, its total revenue will exceed 100 million yuan, of which overseas revenue will account for 70%. At present, it has expanded to the United States, Canada, Australia, New Zealand and five European countries.

It is reported that Indian baby care DTC brand SuperBottoms recently announced that it has raised $3 million in its A1 round of financing, led by Saama Capital, DSG Consumer Partners and Venture Catalysts. The funding will be used to build a strong team to expand the company's reach and grow its base of loyal consumers.

It is reported that the cross-border marketing brand "Brandgogo" has recently received nearly 10 million yuan in angel round financing. The investors in this round are mainly individual investors.

"Brandgogo" is positioned as a SaaS tool for digital marketing on the TikTok platform. It connects cross-border sellers and marketing influencers as the entry point, matches the needs of both parties through digital means, and provides services such as data analysis and overseas traffic delivery. At present, Brandgogo has 20,000 users, and there are more than 3 million people in the Redskins library. After obtaining financing, it will invest more resources in team expansion, overseas celebrity operation, ecological capacity building and building a matrix of self-operated global accounts.

Partner marketing management SaaS platform impact.com has recently completed a new round of financing of 100 million US dollars. The investors of this round are W Capital and Providence Public. This round of financing will be mainly used to expand the global market, continue to improve the product matrix and build a research and development team.

Impact.com was established in 2008, and its products mainly cover Partnership Cloud, Activate and Pressboard. It entered the Chinese market in 2019 and has now served leading overseas companies such as OnePlus, OPPO, Banggood, PatPat, and Youdao.