News
NEWS
Port yards will be overwhelmed with a forecast of a surplus of 4.3 million containers by early next year


For nearly a year, ports around the world have been complaining about the accumulation of empty containers and blaming supply chain disruptions caused by a severe squeeze in yard containers. More recently, ports and regulators have been considering new measures to deal with the backlog of empty containers, but if shipping returns to normal by early next year, ports could be hit by more, according to a new analysis by maritime data analytics firm Sea-Intelligence. Empty box flooded.

“If shipping times return to normal early next year, we will see a surplus of 4.3 million TEU of empty containers coming into North America that cannot be shipped out, within the scope of planned network operations,” warned Sea-Intelligence CEO Alan Murphy. "This could overwhelm empty container yards in the U.S., a problem that's already starting to show," he said. 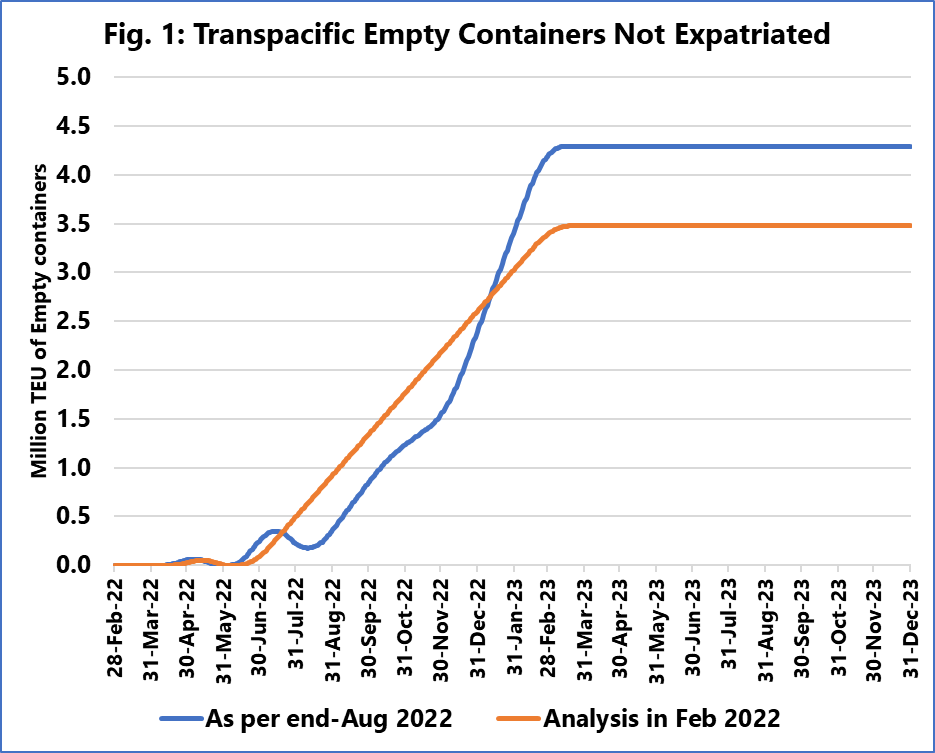 The blue line is Sea-Intelligence's current forecast for North American excess empty containers (from the transpacific trade lane only), the orange line is its forecast from February 2022 / Source: Sea-Intelligence, Sunday Spotlight, Issue 580

Analysing the eventual normalization of the supply chain and its potential impact on the flow of empty containers, Sea-Intelligence highlighted the reduction in the time it takes from exporters getting their shipments ready to importers receiving them. Shipping times averaged 45 days before the covid, peaked at 112 days in February 2022, and decreased to 88 days as of Aug. 26, it reported.

Sea-Intelligence highlighted that with longer transit times, containers were tied up in extended supply chains at the peak of the surge in freight volumes, which led to the initial increase in freight rates in the second half of 2020, as there were not enough empty containers available in time Ship to Asia. Due to a severe shortage of empty containers, shipping companies are in desperate need of containers and have had to order new ones made in Asia, the report said.

“As transit times are now shorter, these additional containers will again be released from the supply chain and start to pile up, mostly in Europe and the US,” Murphy predicts.

Sea-Intelligence discovered the problem in February this year, but it predicted at the time that the recovery of the supply chain would be slower and the number of excess containers would be smaller. The previous forecast was that there could be a surplus of 3.5 million TEU containers on the trans-Pacific route by 2023. Sea-Intelligence raised its forecast for the number of excess containers as congestion eased, noting that the surplus will grow more rapidly.

This has been confirmed in ports such as New York-New Jersey, which began struggling to impose new charges this summer. They recently reported that carriers have been working with them to deal with the backlog of containers, but according to an analysis by Sea-Intelligence, more will be put back, further exacerbating the challenge, especially for ports in North America. (Read more: Just now! The Port of New York-New Jersey announced a new charge to reduce container backlogs)