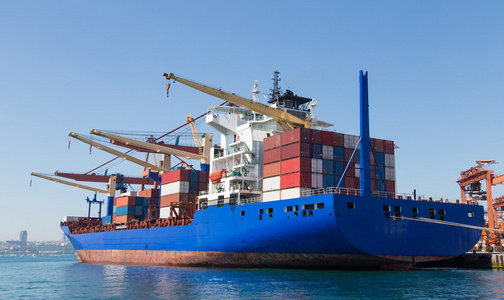 From September, China will give zero-tariff treatment to 98% of tax items from 16 countries

U.S. cancels 26 flights from 4 Chinese airlines to China from September

On August 25, local time, the U.S. government stated that it would suspend 26 Chinese flights from four Chinese airlines departing from the United States in response to the decision to suspend some U.S. airlines’ flights and damage the operating rights of American airlines. (See: The U.S. Department of Transportation announced the suspension of 26 flights of 4 Chinese airlines)

The decision will affect 26 flights from Air China, China Southern, China Eastern and Xiamen Airlines from September 5 to September 28, including 19 flights from Los Angeles to China and 7 flights from New York to China.

Contargo, Europe's leading barge operator, has announced that it will increase the emergency surcharge from 10 euros to 25 euros for each full or empty container shipped from September 1, giving shippers facing a week-long Rhine closure. brought new pain. (Read more: This surcharge in Europe soars 150% due to congestion and capacity shortages

The Port Authority of New York-New Jersey announced that it will implement a container imbalance fee on September 1 this year for both full and empty containers. In order to reduce the large backlog of empty containers in the port, free up storage space for imported containers, and deal with the record freight volume brought by the transfer of freight on the west coast.

Petrobras said on the same day that the adjustment of aviation kerosene prices is based on monthly contracts with distributors, and the reference standard for adjustment is changes in international fuel prices and exchange rate fluctuations.

The Executive Management Committee of the Brazilian Foreign Trade Commission (Camex) officially decided on August 17 to reduce the rate of the MERCOSUR External Tariff (TEC) by 10%. The resolution took effect on September 1.

External tariffs are import tariffs used by MERCOSUR member countries (Brazil, Argentina, Paraguay and Uruguay). The introduction of a single tariff is to avoid tariff disputes within the group.

In addition, Brazil's Foreign Trade Commission approved a reduction in import duties on seven products, including airbags to protect motorcyclists, whey protein and food supplements, which are now included in the Common External Tariff Exception List (Letec). The tax cuts took effect on September 1. Import duties on these products will be cleared or reduced to 4%. Currently, their tariff rates range from 11.2% to 35%.

Amazon announced in June on the US, Europe and Japan stations that it will officially stop the existing “send/replenishment” process from September 1 and enable a new process “Send to Amazon”

From the announcement date, when sellers create new shipments, the system will direct the process to "Send to Amazon" by default, and sellers can also access "Send to Amazon" from the delivery queue by themselves.

Sellers can continue to use the old workflow to create new shipments until August 31, but after September 1, "Send to Amazon" will be the only process for creating shipments.

It is worth noting that all shipments created by the old "ship/replenishment" process are also time-sensitive. The deadline given by Amazon is November 30, and the shipment plan that has been created before this day is still valid. Can be edited and processed.

On August 2, 2022, the Argentine Ministry of Production and Development issued Announcement No. 598/2022 dated July 29, 2022, regarding vacuum cleaners originating in China (Spanish: Aspiradoras, con motor eléctrico incorporado, de potencia inferior o igual a 2.500 W y de capacidad del depósito o bolsa para el polvo inferior o igual a 35 l, excepto aquellas capaces de funcionar sin fuente externa de energía y las diseñadas para conectarse al sistema eléctrico de vehículos automóviles) made an affirmative preliminary ruling on anti-dumping, preliminary It was ruled that a provisional anti-dumping duty of 78.51% of the free on board (FOB) price should be imposed on the products involved. The measures will take effect from the date of publication of the announcement and will be valid for 4 months.

On August 25, 2022, the Commission on Dumping, Subsidies and Non-tariff Barriers to Trade of the Peruvian National Competition and Intellectual Property Protection Agency issued Announcement No. 190-2022/CDB-INDECOPI in the official daily newspaper El Peruano, stating that the original The 100% polyester fabric produced in China made a preliminary anti-dumping affirmative ruling, and the preliminary ruling imposed a provisional anti-dumping duty of US$3.93/kg on the products involved, valid for 6 months. The products involved are 100% plain weave polyester fabrics in natural color, white or dyed with a width of less than 1.8 meters and a unit gram weight of between 80 g/m2 and 200 g/m2, involving Peru tax numbers 5512.11.00.00 and 5512.19 Products under .00.00. The measures will take effect from the day after the announcement.

According to the website of the Ministry of Commerce on August 25, recently, the Brazilian Foreign Trade Secretariat issued an announcement in the Federal Government Gazette, deciding to initiate an anti-dumping sunset review investigation on seamless carbon steel pipes originating in China. The tax numbers of the products involved are: 73041900, 73043190, 73043910, 73043990.

In order to adapt to the new situation and promote the healthy and sustainable development of the shipping economy, the China Council for the Promotion of International Trade (CCPIT) launched the revision of the Beijing Adjustment Rules in 2019 based on the latest changes in shipping practices and adjustment practices, and has now completed the revision of the rules. The newly revised "China Council for the Promotion of International Trade General Average Adjustment Rules" will be officially implemented on September 1, 2022, and the original "Beijing Adjustment Rules" will be abolished at the same time.

This revision incorporates the latest achievements and relevant regulations in the development of the international general average system, and promotes the specialization, standardization and internationalization of maritime services. The content is more concise and easy to understand, which is more conducive to promotion and implementation. It will help promote the high-quality development of the joint construction of the "Belt and Road", help enterprises "go global", and better serve the construction of free trade ports with Chinese characteristics.

Previous：7 containers accidentally fell during loading and unloading of Evergreen 1 container ship, seriously
Next：Hold on to the rate, shipping companies is coming!