Shipping line reliability has improved after hitting a low in early 2022, according to SeaIntelligence, a shipping analytics and consultancy service. The agency's report covers schedule reliability data on 34 different trade routes and more than 60 shipping lines.

According to the latest data released by SeaIntelligence, in June 2022, schedule reliability increased by 3.6% to 40%, which is the first time in 12 months that schedule reliability has reached this level. Still, that figure is still well below the historical average of 70% or more between 2018 and 2020. 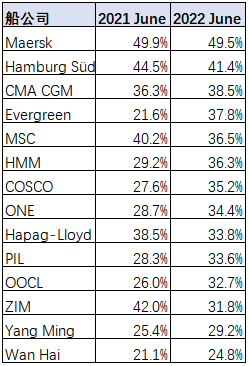 In addition, the average delay for late arrivals has been shrinking so far this year, although it remained unchanged at 6.24 days in June. Delays are now below seven days and an improvement over the same period in 2021. 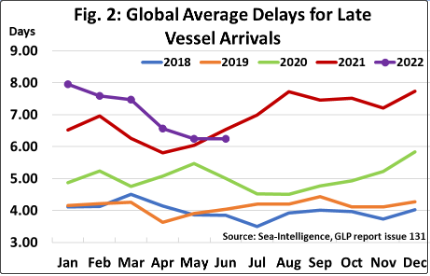