News
NEWS
1:1! The euro falls to parity against the dollar, hitting a new low in nearly 20 years​


The euro fell to parity with the dollar for the first time in 20 years on Tuesday.

EUR/USD fell to 0.9998, its lowest level since 2002, as an energy supply crisis and economic woes continued to weigh on the euro. At the same time, driven by expectations of aggressive interest rate hikes by the Federal Reserve, the US dollar index hit 108.56, a new high since 2002.

Regarding the reasons for the recent continuous decline of the euro exchange rate, CNBC reported that all parties in Europe are worried that Russia may extend the interruption of natural gas supply after the maintenance of the "North Stream-1" gas pipeline, which will increase the European economy. Risk of falling into recession.

The euro has lost about 12 percent of its value against the dollar since the start of the year, in part due to high inflation and uncertainty over energy supplies caused by the conflict in Russia and Ukraine, worsening the euro zone's economic growth prospects and increasing demand for the greenback as a safe-haven currency.

As ever, not everyone will see it as bad news. Currency devaluation has the benefit that exports become cheaper and more attractive. But European Union Economics Commissioner Paolo Gentiloni warned that a slide in the euro would be "a mistake" in some respects.

While a weaker euro could bring some relief to exporters in the region, it would also make imports more expensive, adding to inflationary pressures. 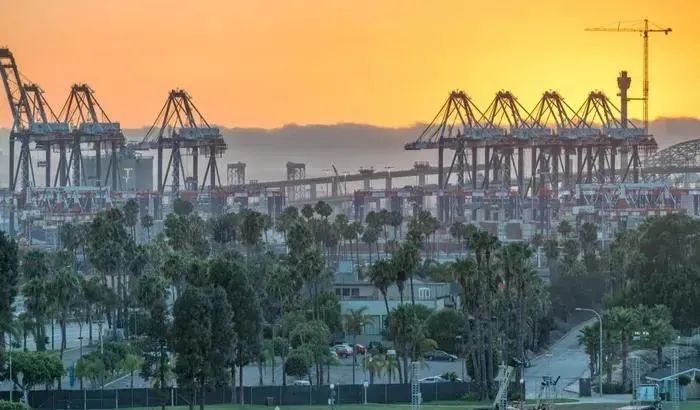 Euro zone inflation, the consumer price index, surged to a record 8.6 percent in June, data from Eurostat showed, again beating expectations and adding to pressure on the European Central Bank to step up efforts to combat rising prices.

Among euro zone members, the Baltic states remain the hardest hit, with inflation hitting 22% in Estonia, 20.5% in Lithuania and 19% in Latvia. Malta and France had the lowest inflation at 6.1% and 6.5% respectively. In addition, Germany and Italy are 8.2% and 8.5% respectively.

A bigger-than-expected rise in inflation could fuel expectations for a rate hike by the European Central Bank. The ECB has signaled that it will raise interest rates by 25 basis points in July (which would be the first rate hike since 2011), before raising them again in September, possibly by a larger amount.

However, some analysts have warned that the euro may not have bottomed out yet, given that Russia's cut-off of natural gas supplies could increase the risk of a recession in Europe. This situation, in turn, could limit the ECB's ability to raise interest rates.

According to Eurostat, the European Union and the euro zone's Economic Confidence Index (ESI) both fell in June, as consumer and retail trade confidence weakened. Economic confidence in all five euro zone economies (Germany, Spain, the Netherlands, France and Italy) fell, with the biggest drop in the Netherlands.

Previous：Port of Long Beach container backlog crosses red line
Next：Container freight has fallen sharply. How much has it fallen?