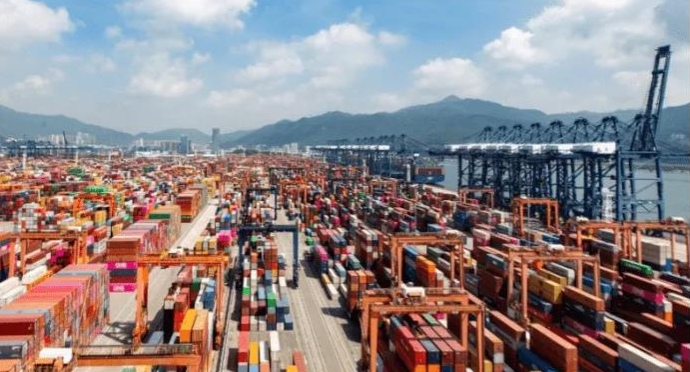 Seroka said retailers continue to replenish inventories, merchandise sales remain strong, parts imports into U.S. factories are also increasing, and a large number of shipments are on the way, starting to arrive by the end of the month. He expects volumes to peak earlier this year.

Seroka noted that the number of ships leaving Asia has been very stable. Data from the Marine Exchange of Southern California showed 47 container ships left Asia this week for the ports of Los Angeles or Long Beach, a 27% increase from the first week of January.

The Port of Long Beach recently released throughput data for May. The port's total throughput of 967,900 TEU in May was the third-highest monthly record, after May 2021 and October 2020. Throughput in May this year was 21% higher than the May 2017-2021 average.

The Port of Los Angeles imported 499,960 TEU of containers, 20% higher than the previous five-year average. Export box volume increased to 125,656 TEU, up 14% year-on-year and reaching the highest level since November 2020. The number of empty boxes is 342,285 TEU. Seroka said imports from Asia are still high, and demand for empty containers is high in Asia.

If there is no recession, the supply chain will face challenges in the second half of the year.

On the positive side, queues of ships outside Southern California ports are tapering off. There were 27 container ships waiting for berths outside the ports of Los Angeles and Long Beach on Tuesday, down from 109 in January.

On the negative side, the 30-day average of cargo shipped from the terminal was 179,000 TEU, lower than the previous average of 200,000 TEU; the dwell time of containers and chassis was 9 days, compared to the normal 3.5 days.

The terminal railway operation problem is particularly prominent. There are currently 29,000 containers at the terminal awaiting rail transfers, of which 15,000 have been waiting nine days or more. Under normal circumstances, about 9,000 containers are waiting for rail transit, and the waiting time will not exceed 9 days.

In addition, another challenge that may be faced during the peak season is negotiations between dockworkers and their employers. The port labor contract will expire on July 1 this year. On Tuesday, the two sides issued a joint statement stating that an agreement was unlikely until then, but that there would be no disruption to the movement of goods.

Previous：​75 sailings are cancelled in the next 5 weeks!
Next：Freight rates continue to decline, is it temporary? Or a harbinger of weak demand?