The container shipping industry is showing early signs of weakness after a surge in freight volumes, a lack of capacity and port congestion drove two years of record results. The Baltic International Chamber of Shipping (BIMCO) has analyzed the market in terms of both demand and supply.

on the demand side. He noted that container volumes are already showing early signs of weakness, with container volumes in the first quarter of this year down from a year ago, although still above pre-pandemic levels. Cargo traffic into Oceania and Europe was particularly weak in March this year, while cargo traffic into North America continued to show growth, but at a slower pace.

Rasmussen listed further negative signs, including a 12.6% drop in the China Containerized Freight Index (CCFI) from its November peak; rates in the time charter market have slowed since peaking in late March; second-hand vessel prices It appears to have peaked, with volumes slowing sharply; as well as newbuilding contracts and price increases in 2022.

While there have been reports of stronger long-term contract rates during this spring's renewal, the spot market is showing signs of short-term weakness as consumers shift spending away from goods to services.

For example, digital logistics platform Shifl noted that reduced consumer demand in the U.S. has led to a decline in seaborne spot prices since January 2022. Shifl calculates that spot freight rates between China and the West and East of the U.S. have halved after hitting new highs in January.

Shifl also said that shipping rates are likely to drop further as U.S. retailers currently have excess inventory. U.S. apparel retailers, for example, reported high levels of inventory; many retailers have orders still pending, in part because of intermittent lockdowns.

In addition, the International Monetary Fund (IMF) forecast for global GDP growth in 2022 fell to 3.6%, and the OECD said in its latest forecast for global economic development that economic growth was lower than previously expected. Analysts pointed out that this will affect the demand of the container market.

on the supply side. BIMCO noted that newbuilding contracting activity has been active since the fourth quarter of 2020, with 6.3 million TEU of new contracts signed. Deliveries of these new ships will begin in 2023, but most will be delivered in 2024 and 2025. 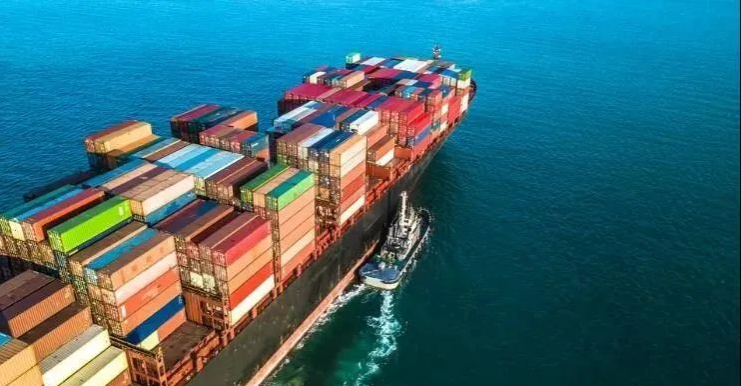 BIMCO currently estimates that the global container fleet capacity will grow by 3% in 2022 and accelerate by 7.7% in 2023, reaching 27.4 million TEU by early 2024. However, some of the increased capacity may be offset by demolition activity, which may be boosted by new environmental regulations such as EEXI and CII coming into effect in 2023, although demolition activity has slowed during peak demand periods. An increase in activity.

In its market analysis, BIMCO concluded that a number of indicators point to slower demand growth, especially trade volumes during 2022 and 2023, combined with fleet capacity growth and the potential for supply to grow faster than demand.

“As a result, we forecast a weaker supply-demand balance, which will lead to lower freight rates, charter rates, and second-hand vessel prices. We think freight rates and these prices are unlikely to drop rapidly to pre-pandemic levels. We cannot completely rule out the possibility that the worst forecast for the economy has come true," said Niels Rasmussen.

The chief executives of major shipping companies including Maersk and Hapag-Lloyd previously said they expected the market to slow down and return to normal after the second quarter of 2022. What remains to be seen is whether the depth of the recession, as well as global economic conditions and other uncertainties, will lead to a deeper decline in the container shipping market after record growth over the past two years.