News
NEWS
Shanghai Port welcomes the peak of transportation, shipping companies are planning to raise prices in mid-June!According to reports, the Shanghai Shipping Exchange pointed out that since June 1, Shang

According to reports, the Shanghai Shipping Exchange pointed out that since June 1, Shanghai has entered a stage of fully restoring normal production and living order. In the past few days, the cargo volume of Shanghai's sea and air ports has continued to rebound, and has basically returned to more than 90% of the normal level. During the three-day Dragon Boat Festival holiday, the average daily cargo and mail flights at Shanghai Pudong Airport exceeded 200, and the number of flights was comparable to the level before this round of epidemic in Shanghai.

In terms of shipping, since June, the daily volume of containers in Shanghai Port has exceeded 119,000 TEUs. At Shanghai Yangshan Port, the average daily export declaration volume during the epidemic was 7,000, but since June 1, the daily export declaration volume has increased to 11,000, an increase of more than 50%. At present, the time from the opening of the port to the departure of the container ship has been compressed from 48 hours in the normal period to 24 hours or even 16 hours. 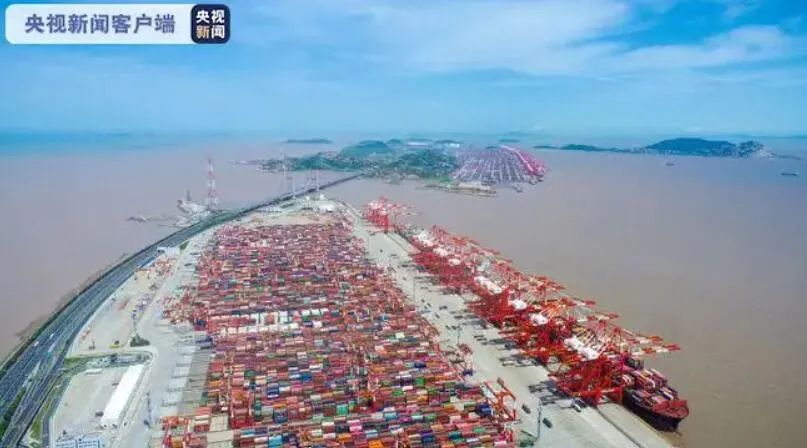 "It used to be ships waiting for goods, but now they are waiting for ships." Many industry insiders said that the Shanghai port has ushered in a peak of retaliatory shipments. A relevant person from one of the top ten shipping companies in the world said that before the epidemic, some large-scale freight forwarding companies often declared 20,000 tickets per month. In the past two days, such a fierce customs declaration momentum has begun again.

From the perspective of the entire Shanghai Port, from January to April this year, the container throughput of Shanghai Port achieved a positive growth of 1.9%, and a total of 15.35 million TEUs were completed, ranking first in the world. By the end of May, the average daily transportation volume has gradually reached 120,000 TEUs. Because the capacity is in short supply, the freight rate is also rising.

The Shanghai export container freight index rose for 3 consecutive weeks. On May 13, the Shanghai Export Containerized Freight Index released by Shanghai Shipping Exchange was 4,147.83 points, 4,162.69 points on May 20, 4,175.35 points on May 27, and 4,208.01 points on June 2. According to relevant sources in the freight contracting industry, large international shipping companies are planning to increase freight rates in mid-June, and the increase is still under careful evaluation, at least 10% will start, and it is not ruled out that price increases in the form of surcharges are not excluded.