With the reopening of Shanghai and the approaching of the peak season, European ports will usher in a wave of imported containers, but what is worrying is that the peak season has not yet come, and the major container hub ports in northern Europe are facing serious congestion.

During the last two months of Shanghai's lockdown, empty containers and containers awaiting export piled up at major ports in northern Europe as shipping lines canceled one-third of booked voyages. In addition, thousands of containers that were blocked by customs and shipped to Russia are also stored here for a long time, further increasing the pressure on the port.

In addition to congestion, a wave of port strikes is coming!

The strike could 'super collapse' the Port of Hamburg

Reports from local German media show that the HHLA Group, the operator of the Port of Hamburg, issued a notice a few days ago that it is expected that from today (June 7) local time in Germany, dock workers will start a new round of strikes.

A strike by dockers at the German port of Hamburg, Europe's third-largest container port, could plunge the port into unprecedented chaos.

At present, ports in the Nordic region generally face the difficulty of container congestion. The strike by Verdi, Germany's largest service trade union, will further exacerbate congestion at port terminals.

Congestion in Hamburg is worsening, with container ships having to wait two weeks to enter the port, German newspaper Die Welt reported.

Hamburger Hafen und Logistik AG (HHLA), Europe's top port and transport logistics company, said the increased congestion was due to a slowdown in container processing, especially when imports from the Far East were not being transported fast enough by truck and train.

In addition to Germany, the port strikes include South Korea. 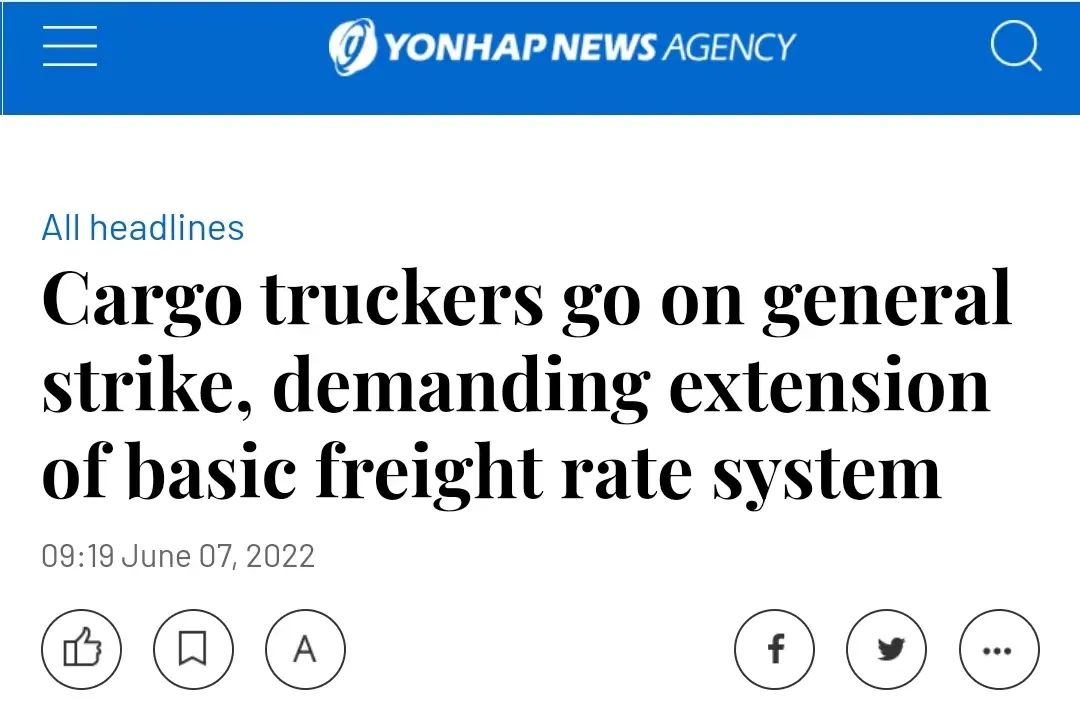 The truckers union threatened an indefinite general strike last month, protesting that soaring diesel prices are killing their right to exist. Led by the Korea Federation of Trade Unions, most of the 25,000 members of the freight truckers union, as well as many non-unionized truckers, are expected to take part in today's strike.

Previously, it was reported that the labor contract of the West American port will expire on July 1, and the current negotiation has not been successfully reached. The suspension of the negotiation has added uncertainty to the subsequent port congestion crisis. The 29 ports on the west coast of the United States (including Los Angeles, Long Beach, Seattle, Tacoma and Oakland, etc.) handle about 60% of the imported container volume from Asia, with a total of about 22,000 dock workers.

The Kiel Institute for Economic Research estimates that about 2% of the world's container loads are stuck in ports. Whether it is ongoing or imminent, the strike actions of dock workers and truck drivers have increasingly become one of the important factors that are difficult to alleviate port congestion. 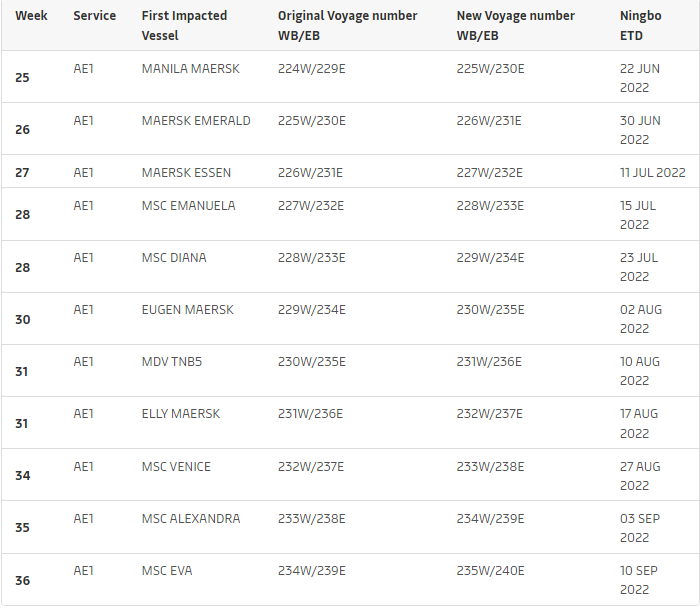 The port of Hamburg is heavily congested

Speaking about congestion at the Port of Hamburg, an industry insider said: “Germany is still working on a seven-day schedule, but ships arrive every nine to 12 days. The box is full."

The same goes for warehouses and storage areas in and around Hamburg.

In a new market report published this week, Maersk said its service network was "under severe pressure", which it blamed on "disruptions in European port operations". "Our ships experienced significant delays in northern Europe, which affected the return schedule to Asia Pacific," the shipping company said.

Maersk said the ports of Rotterdam and Bremer are currently "the most congested", resulting in "significantly longer" waiting times for berths and slow vessel productivity. Maersk has made adjustments to AE1 voyages due to delays due to bottlenecks in the Asia-Nordic service network.

Meanwhile, Hapag-Lloyd's client advisory said that the yard utilisation rate at Hamburg's Altenwerder Container Terminal (CTA) was at 90% "mainly due to the unloading of imported large vessels and the lower rate of terminal pickups".

Hapag-Lloyd warned: "Due to high yard utilization, reefer slots are being used as drybox storage, limiting the maximum number of reefer plugs available."

It said the yard density at the Rotterdam Gateway (RWG) had "worsened" to 95% due to "increased container dwell times and the continuous accumulation of Russian cargo embargoes from different carriers", while at ECT the yard density level had increased to 96%, mainly due to "excessive delays in transshipment and imported goods".

Severe congestion in the ports of Belgium, the Netherlands and Luxembourg is bad news for barge operators, with Antwerp halting all barge operations until June 30.

“In the past, a single vessel could complete the Rotterdam-Dublin-Rotterdam loop service in six days; now it is planned to take nine days. This means that more vessels will need to be deployed to maintain regular service.”

Chittagong Port is "full of containers", the yard is full of goods

In addition, due to delayed delivery, Chittagong port is full of goods and can no longer continue to receive LCL goods.

The port has designated a LCL container storage capacity of 1,000 TEUs at its yard, but the container freight station (CFS) often exceeds capacity as importers prefer to use the port yard as a "warehouse" rather than receiving cargo.

A Chittagong port official said, "Importers are just rushing to take 10% of newly landed LCL containers, while the remaining 90% remain at the Container Freight Station (CFS) for months."

A few months ago, the port authority threatened to quadruple fines for overstayed boxes and cargo, but that hasn't changed much.

Since the Eid holiday, the number of containers in the port yard has remained at 40,000 TEU, while the total storage capacity is 49,018 TEU. According to port data, about 42,153 TEUs were in the port yard yesterday.

Previous：Seize the opportunity to "cash out"? Evergreen Shipping "forcibly" passed the 60
Next：Shanghai Port welcomes the peak of transportation, shipping companies are planning to raise prices i