The wildfires in western Canada caused hundreds of trains to stop operating in Canada, causing export bottlenecks and import delays.
A few days ago, a wildfire in British Columbia, Canada caused damage to two nearby tracks operated by Canadian Pacific Railway Ltd. and Canadian National Railway Co.. These two companies undertake most of the freight train transportation of Vancouver, Canada's largest port. Including grain, timber, containers and other goods are transported along these two routes.This is the latest blow to the supply chain after a series of chaos from the global shortage of containers to the six-day blockage of the Suez Canal in March this year. The wildfires caused traffic disruptions to increase the cost of everything from oil commodities to daily necessities, while also triggering shortages of key commodities.Hapag-Lloyd said in an e-mail to customers that the damage to the railway caused delays in berths at the Vancouver port. It is expected that there will be a delay of 72 hours to 96 hours, and there will be a large backlog.shipping from china to amazonHapag-Lloyd also issued two warning announcements a few days ago. Due to the impact of fire and the supply of railway vehicles, Vancouver's port terminals are overcrowded and limited in operating capacity. At present, the outbound railway of GCT Deltaport terminal has been reduced, and it is expected that the arrival time of ships will be delayed. Due to the closure of the railway line, the overall backlog is very serious. The existing large backlog needs to be dealt with. Starting from the 7th, a delay of 72 to 96 hours is expected. 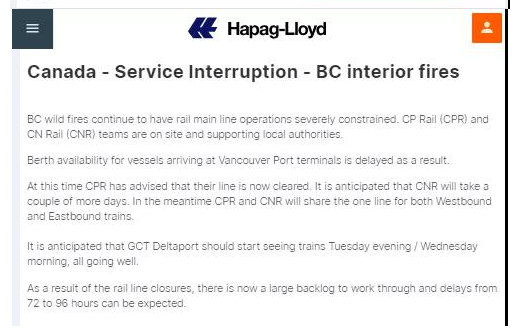 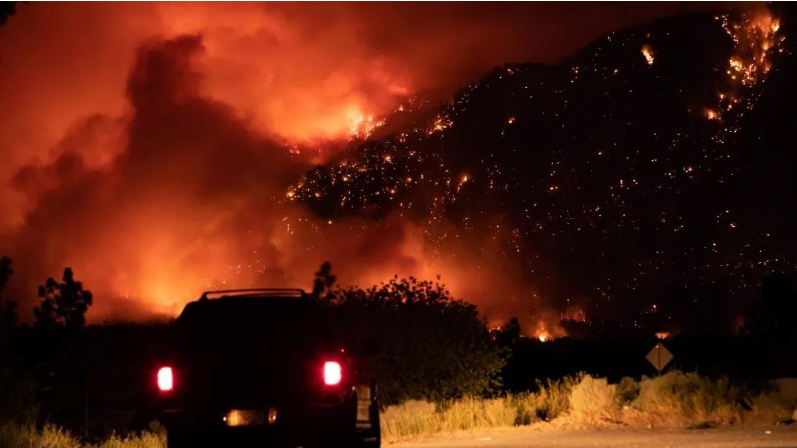 The number of unloaded trains at Prince Rupert, another Canadian west coast port, has increased, and more are expected. On Tuesday, local time, a CPR train carrying 200 cars arrived in Vancouver, indicating that some operations have been resumed to some extent. According to the Department of Transportation, there are 250 cars waiting near Camlops, Columbia, and 550 cars near the provincial border between Alberta and British Columbia.shipping from china to amazonThe long interruption means that "thousands of containers are stranded in transit." Said Tom Johnson, spokesman for the Port Transportation Association. The association is made up of approximately 35 freight companies and is responsible for handling containers shipped to Vancouver by rail and sea.Jordan Atkins, vice president of WTC Group, a transportation company near the Port of Vancouver, said that the suspension of trains is affecting the transportation of all items such as wood, grain and plastic. The company has not received any new goods by rail for two or three days, and is currently arranging for the delivery of goods from Alberta by truck. "Just when we thought we were entering a new normal, another chain reaction caused repercussions on the west coast of British Columbia."shipping from china to amazon